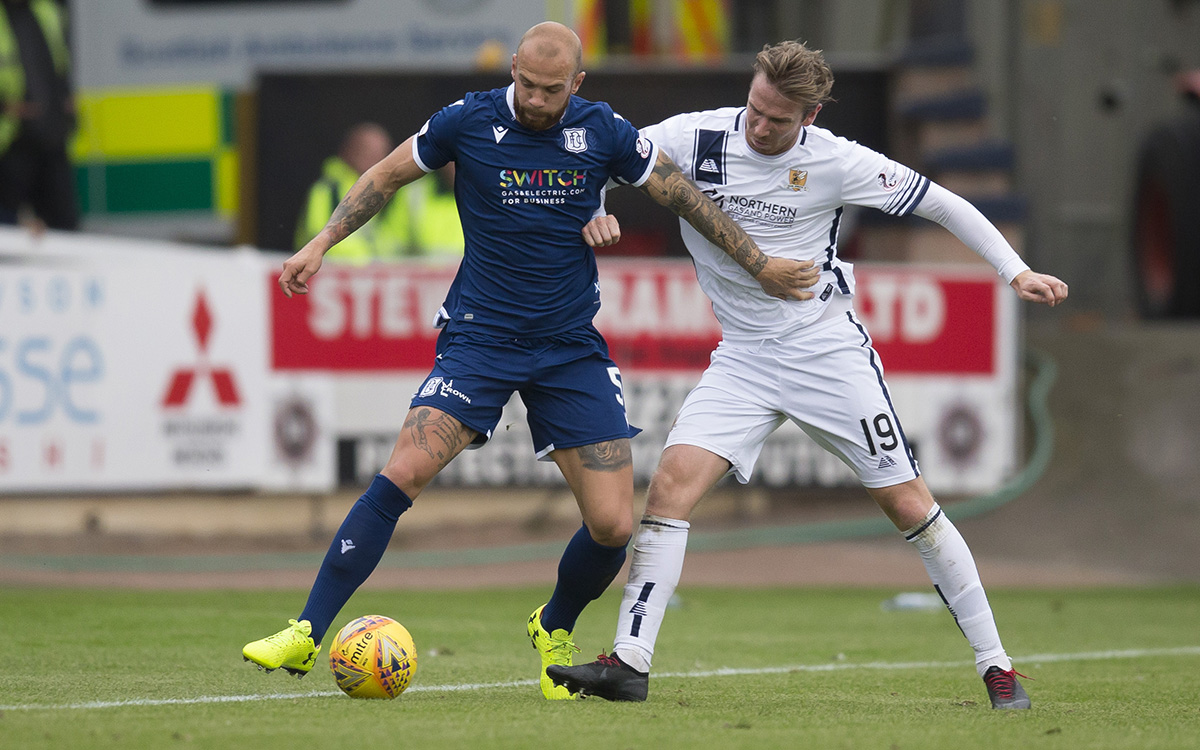 Dundee take on Alloa Athletic in the Ladbrokes Championship on Tuesday and here we round up everything you need to know ahead of the match.

The Dark Blues put in their best performance of the season in October with a convincing 3-0 win at Alloa. Kane Hemmings scored twice in the first half and Sean Mackie came off the bench to make the points safe with his first touch 15 minutes from full time. The Wasps were always dangerous opponents and played good football, especially in the second half, which made the Dee’s dominant performance all the more pleasing.

Booked: Nelson (foul on Brown), Hemmings (kicking the ball away).

Alloa started their season with a 3-3 draw at home with Elgin City in the Betfred Cup but lost the bonus point in the shoot out and followed that up with a visit to Premiership Hibernian where the lost 2-0. However wins over Stirling and Arbroath in their next two games saw Alloa finish runners-up in their group but failed to qualify as one of the best runners-up.

After knocking Dunfermline out of the Tunnocks Caramel Wafer Challenge Cup with a 1-0 win, Alloa went down 2-1 at Dens and then lost 4-1 to at home to Ayr.

However Alloa bounced back with a 1-1 draw at Dunfermline and followed that up with a superb 1-0 home win over Dundee United live on the BBC Scotland channel.

Alloa then exited the Challenge Cup with a 3-0 loss at Inverness but a week later drew 2-2 at the Caledonian Stadium and then in January lost 3-2 at home to Inverness in the Scottish Cup.

Alloa continue to pick up vital points in the Championship in their request for survival and defeated Dunfermline twice before Christmas and drew twice with relegation rivals Partick before and after the festive period.

In January Alloa defeated high flying Arbroath and then in February picked up valuable points with draws against the top two Inverness and Dundee United and against Morton after coming down from 4-2 down at Cappielow but lost 2-0 to Ayr on Saturday.

Dundee’s 2019/20 match programme The Dee will be available to buy at the Alloa game in and around the ground and in the club shop. It is a full, colour 48 page edition packed with news, views, features and exclusive interviews which this week include:

Fans from outside of the UK will be able to watch the match live on DeeTV with a virtual season ticket. You can sign up for DeeTV for just £12 a month or an annual fee of £120 on the official website where you will also have access to highlights, interviews and all the Dundee FC goals at the click of the button.