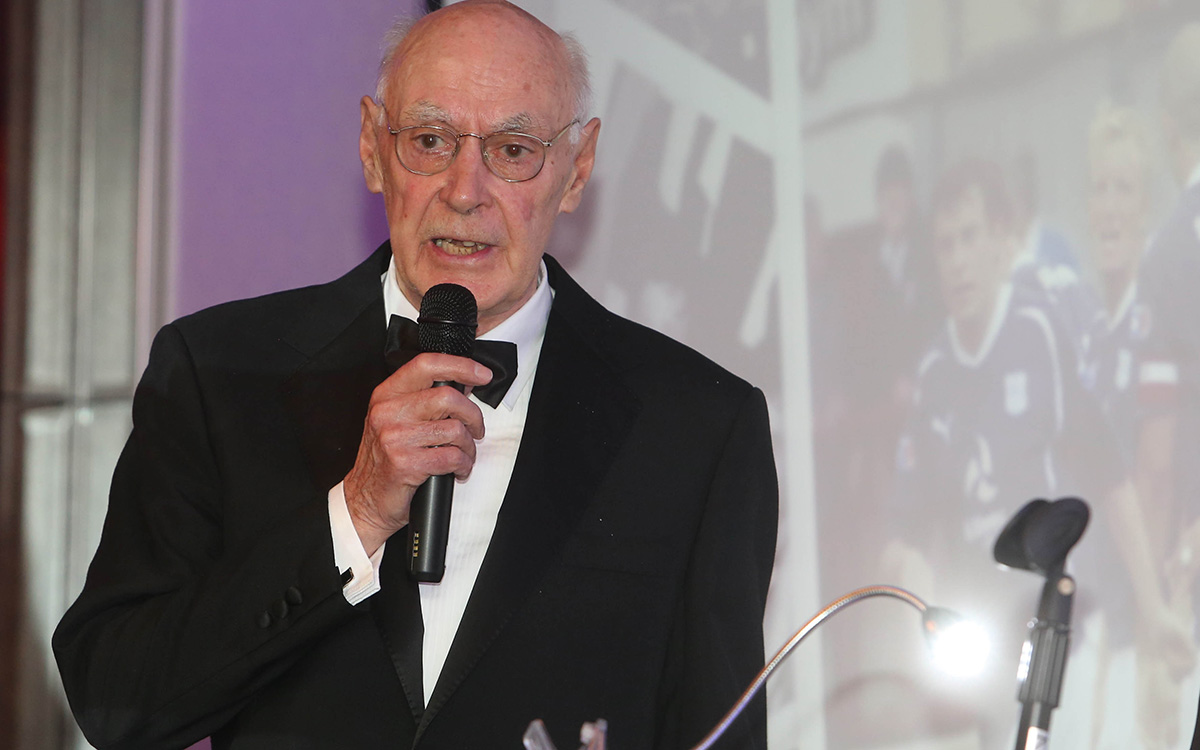 Everyone at Dundee Football Club was devastated to learn of the death of Dundee legend Alan Gilzean aged 79 after a short illness.

‘Gillie’ as he was affectionately known to the Dark Blue support, was a member of the famous Dundee side to become Champions of Scotland in 1962, scoring twice at Muirton Park on the day The Dee clinched the title and followed that up the next year with nine goals on the run to the European Champions Cup semi-final which included a hat-tricks against Cologne and Sporting Club of Portugal and the winner in the semi-final second leg against AC Milan.

The next season Gillie scored a club record 52 goals in one season as the Dark Blues reached the Scottish Cup Final and in total netted 169 goals in 190 appearances making him the highest goalscorer in the Club’s history.

He joined Dundee in 1957 from Junior side Dundee Violet and before leaving for Tottenham Hotspur in December 1964 for a new Scottish record fee of £72,500, he became the ‘King of Dens Park’ with a record that speaks for itself:

Gillie, without doubt one of the greatest players, if not the greatest, to ever grace a Dark Blue jersey, was inducted into Dundee’s inaugural Hall of Fame in 2009 with a Legends Award and in December 2012 the Club re-named one of its hospitality lounges the Alan Gilzean Lounge.

A true Dundee legend in every sense of the word, we may never see his goal scoring like again and the thoughts of everyone at Dens Park are with Alan’s family and friends at this difficult and sad time.