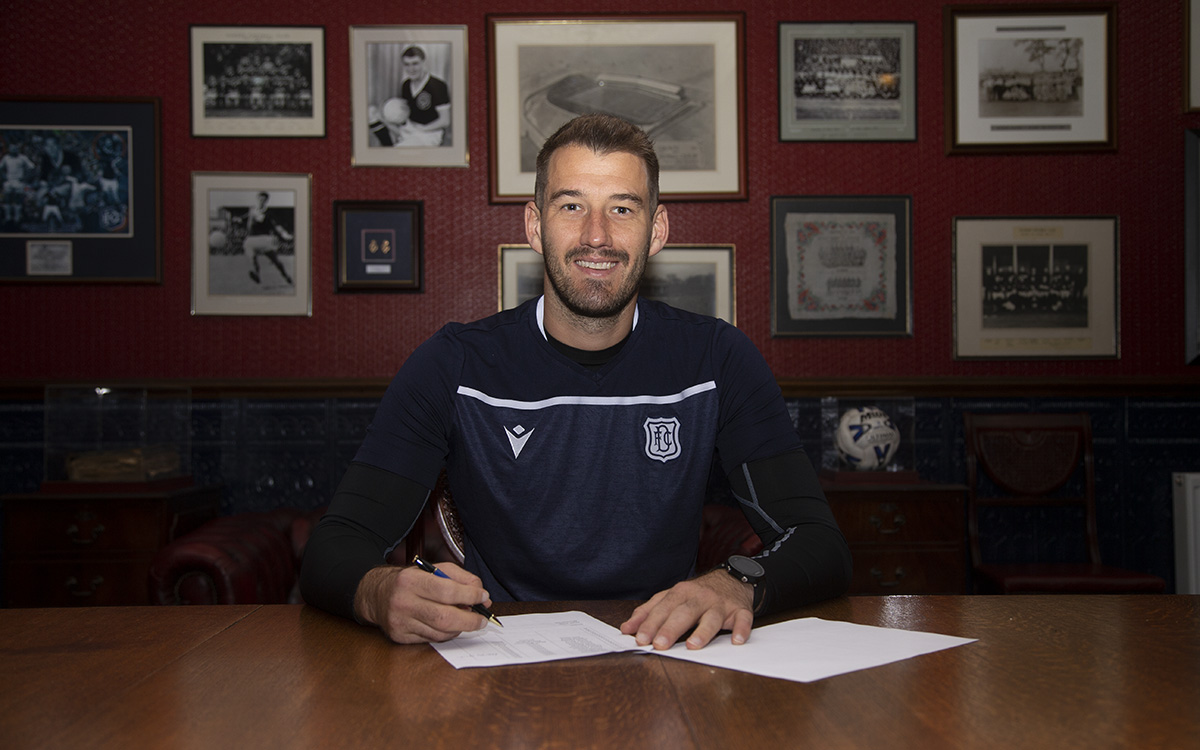 Dundee Football Club are delighted to announce the signing of Adam Legzdins, subject to international clearance.

Goalkeeper Adam signs for the club after departing English Premier League side Burnley in the summer.

A product of Birmingham City’s youth academy, Adam progressed through the ranks before a number of loan spells saw him gain experience.

In 2008, he left on a permanent basis to join Crewe Alexandra and two years later joined Burton Albion. His form at Burton earned him a moved to Derby County just 12 months later.

He was with the Pride Park side for three years before joining Leyton Orient and then moving back to Birmingham. In 2017, he joined Burnley in the Premier League where he spent three seasons.

Adam signs on a deal until the end of the season and will wear number 13 for the club.