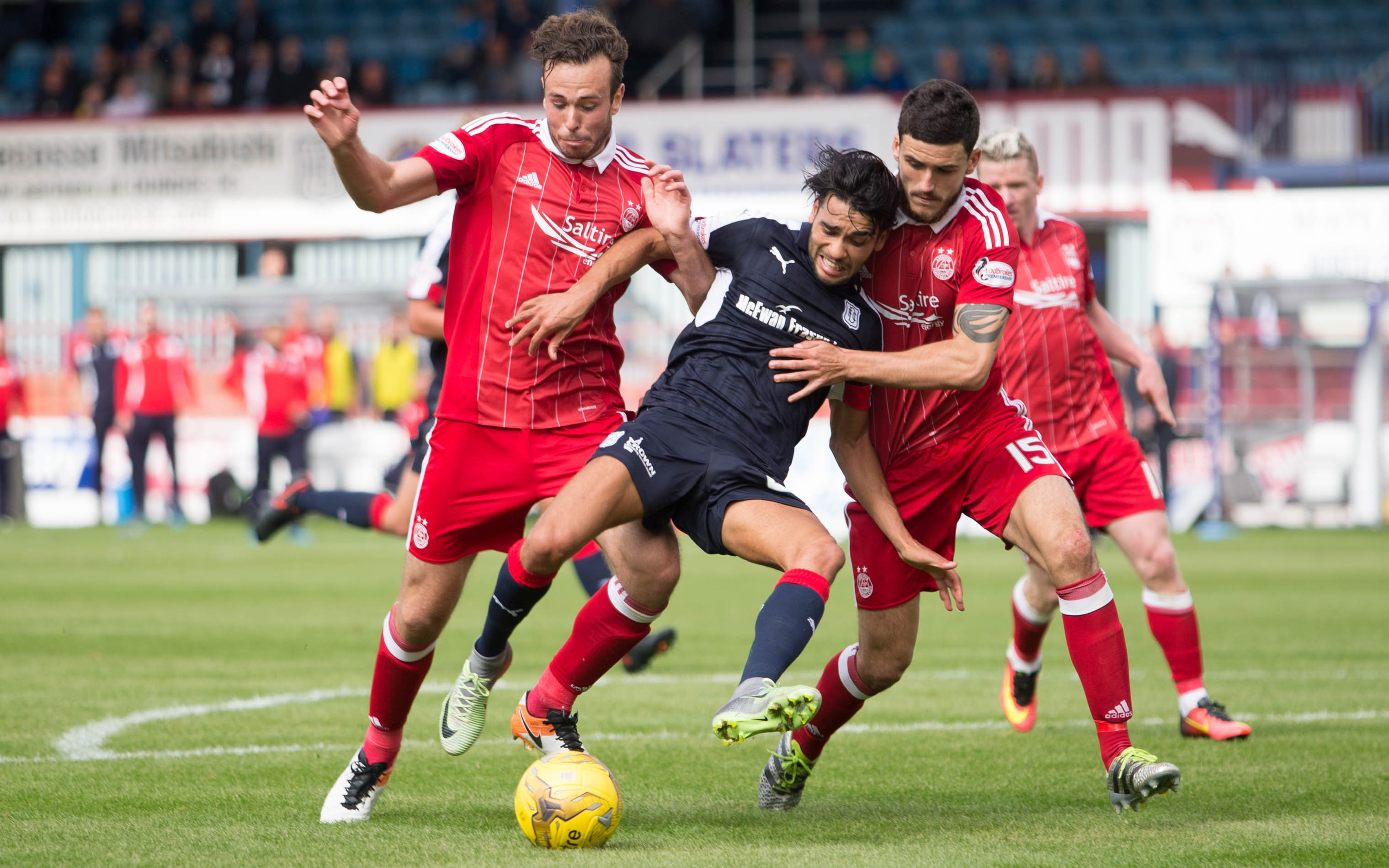 Dundee travel to Pittodrie to take on Aberdeen this Saturday and here we round up everything you need to know ahead of the match.

Aberdeen FC’s home is Pittodrie Stadium, located close to the city centre of Aberdeen, and is easily reachable by car, bus and train.

Parking in the stadium car parks is reserved for pass holders, with a limited number of spaces available on a first come, first served basis for disabled badge holders. The police will direct buses to coach parking areas at the stadium. There is a limited amount of free car parking available in streets around the stadium but be aware that there are match day restrictions on parking – check the signs.

There are regular bus and train services from Dundee to Aberdeen. The bus and train stations in Aberdeen are right next door to each other. On exiting the stations onto Guild Street, cross to the entrance to the Trinity Centre. Continue straight through the centre on to Union Street. It is possible to walk to Pittodrie from here by turning right and heading up towards King Street. Continue along King Street until you see Pittodrie Street on the right. By this point Pittodrie is easily visible. There are buses from Union Street that take you to Pittodrie. A number 13 (towards Seaton) will drop you off on Golf Road with Pittodrie on the left. A number 1 (towards Danestone), 2 (towards Ashwood), or X40 (towards Dubford) will drop you off on King Street. The best stop is the one after King Street Bus Depot, then make your way down Pittodrie Street or Merkland Road on the right.

Dundee’s miserable March 2017 reached a painful conclusion with a 7-0 hammering at home by Aberdeen. Defender Andrew Considine scored twice in the first half, with Adam Rooney and Kenny McLean adding a goal apiece to put the Dons 4-0 up at the break. Ryan Jack and Niall McGinn added further goals after half time before Considine completed his hat trick near the end.

Aberdeen’s season started on July 13th with a two legged Europa League with NK Siroki Brijeg and after a 1-1 at Pittodrie, The Dons secured a superb 2-0 win in Bosnia thanks to goals from ex-Dee Greg Stewart and ex-Arab Gary MacKay-Steven scoring their first goals for the club.

In the next round Aberdeen drew Apollon Limassol and despite winning the home leg 2-1 this time, crashed out after a disappointing 2-0 defeat in Cyprus.

Aberdeen opened their domestic campaign with a double header against Hamilton Academical and after a 2-0 win in the opening Premiership game at Pittodrie, knocked the Accies out the Betfred Cup three days later with a 1-0 win at the SuperSeal Stadium.

Aberdeen’s second league game was a tough trip to Dingwall and after going behind in the 2nd minute, rallied to win 2-1 with goals from Reynolds and Logan.

Dundee fans will be seated in the South Stand sections P,Q and R which can be accessed from Park Road.

This match will be cash for all visiting supporters and tickets will need to be purchased from a ticket booth next to the turnstiles before entering the ground.

The prices for the match are as follows:

Aberdeen’s award winning programme Red Matchday is produced by our programme partner Curtis Sport and is a full colour 64 page edition with a number of articles about the visiting team.

Priced £3 it will be available in and around Pittodrie Stadium from 2pm. It can also be purchased online on the Curtis Sport website www.curtis-sport.com if you can’t make the match but still want a programme or if you wish to pre-order and have it sent to your home.