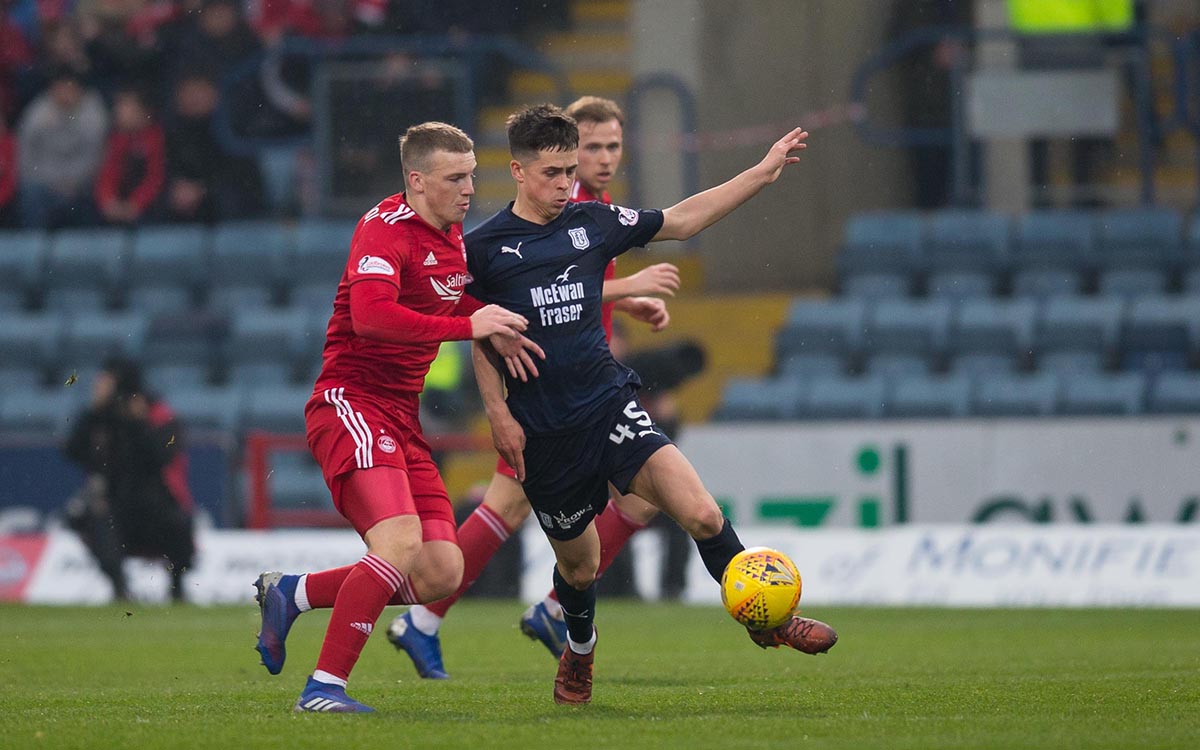 We take on Aberdeen this Sunday in the last 16 of the Betfred Cup at the Kilmac Stadium at Dens Park, kick off 3pm.

The ticket office is becoming increasingly busy on matchdays and fans are encouraged to buy their tickets as early as possible.

The ticket office is open from 10am on matchdays.

Ticket prices for the match have been set at – Adults £20 and Concessions £10.

There will be cash gates in operation in both the Main Stand and Bobby Cox Stand today.

Aberdeen headed north from Dens with full points after a 2-0 win over the Dark Blues. Sam Cosgrove put the Dons went ahead with a penalty after 58 minutes. The game had been even and well contested by the Dee until then but Aberdeen went on to take charge and Cosgrove added a second as the visitors ended the game pushing for further goals.

It’s been a mixed bag of a start for Aberdeen this season.

They started their Europa League campaign with two 2-1 victories to progress against Finnish side RoPS.

The next qualifying round saw them paired with Georgian side Chikhura Sachkhere and after a 1-1 draw away they eased through with a 5-0 victory at Pittodrie.

Sam Cosgrove had taken his tally for the season to six in the second leg and continued his scoring form in the opening Ladbrokes Premiership match at home to Hearts.

He found the net twice more as they ran out 3-2 winners.

Back in European action but this time it wasn’t the result they were looking for as Croatian side Rijeka handed Derek McInnes’ side their first defeat of the season, 2-0.

Then last Sunday an early strike saw them fall to St. Mirren in league action to make it back to back defeats.

Dundee’s 2019/20 match programme The Dee will be available to buy at the game in and around the ground and in the club shop Dundee Direct, priced £3. It is a full, colour 48 page edition packed with news, views, features and exclusive interviews which this week includes:

A seasonal Dundee FC programme subscription where every home programme from the 2018/19 season will be posted to your address can also purchased online from Curtis Sport for £95.

Fans from outside of the UK will be able to watch the Aberdeen match live on DeeTV with a virtual season ticket. You can sign up for DeeTV for just £12 a month or an annual fee of £120 on the official website where you will also have access to highlights, interviews and all the Dundee FC goals at the click of the button

The full ninety minutes of the match will be available to every subscriber of DeeTV on Sunday along with exclusive post match interviews with the manager and players and highlights.