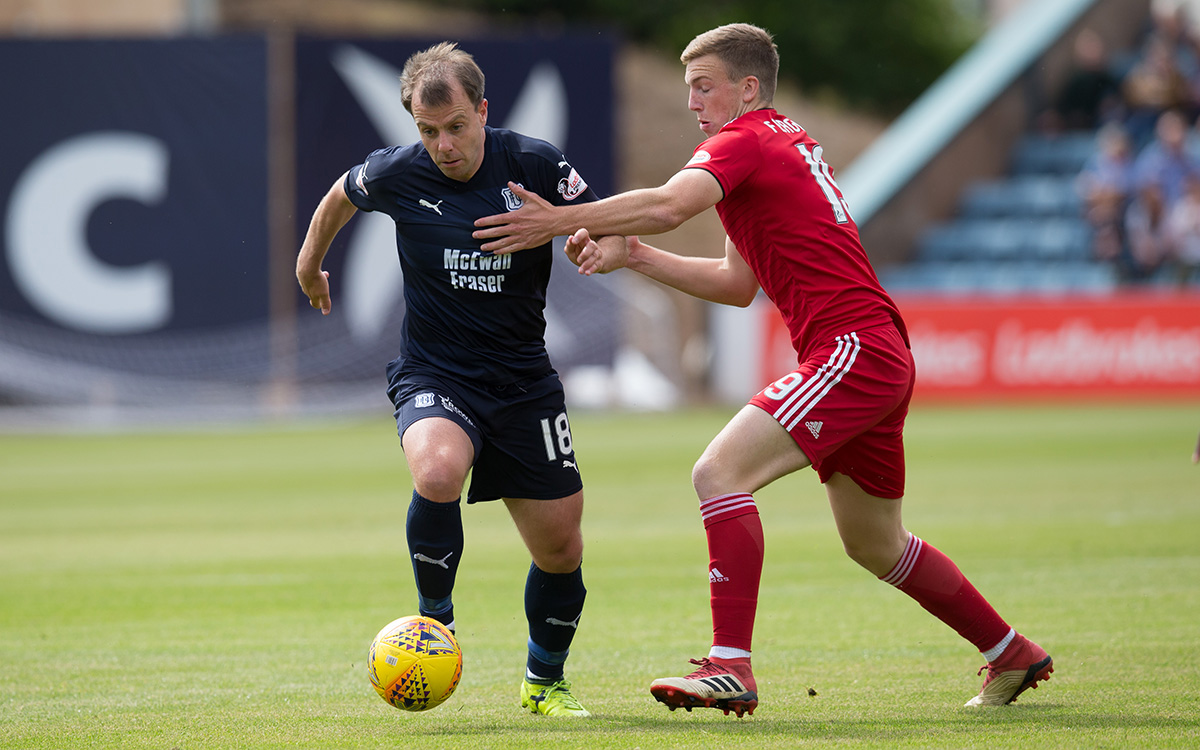 Dundee take on Aberdeen in the Ladbrokes Premiership on Saturday and here we round up everything you need to know ahead of the match.

Tickets are now available for the match against Aberdeen at the Kilmac Stadium at Dens Park.

The ticket office is becoming increasingly busy on matchdays and fans are encouraged to buy their tickets as early as possible.

The ticket office is open from 10am on matchdays.

Two adults and two children under 12 £57

With additional children under 12 at £ 5

Under 16 tickets can be bought without an adult ticket

Dundee went down to a heavy 5-1 defeat against Aberdeen at Pittodrie last December. Sam Cosgrove scored twice before half time and Andy Considine made it three early in the second half. After Connor McLennan made it four, Calvin Miller pulled a goal back for the Dee before Considine completed the scoring with his second of the night.

In the first leg at Pittodrie Gary MacKay-Steven gave The Dons a first half lead from the spot but a late Sam Vokes equaliser denied Aberdeen a famous win. Aberdeen then acquitted themselves superbly in the second leg at Turf Moor where they took the gave to extra time after a fantastic overhead kick equaliser by Lewis Ferguson but goals from Cork and Barnes when enough to see the English Premier League side through.

Aberdeen’s league campaign started against Rangers at Pittodrie and after the Ibrox men went down to ten men early on, they took the lead through a James Travernier penalty. However in injury time substitute Bruce Anderson rescued a point with a goal on his debut.

Aberdeen’s next match was a 1-0 win over Dundee at Dens thanks to a Gary Mackay-Steven penalty and followed that up with a 4-0 win over St Mirren in the League Cup and a 1-1 draw at Hibs before their first defeat of the season at Kilmarnock.

The Dons would go all the way to the Betfred Cup Final after knocking out Hibs in the quarters on penalties and Rangers 1-0 in the semis at Hampden but lost 1-0 to Celtic in the final at the start of the month.

Aberdeen’s Premiership campaign had been mixed with wins over Motherwell, St Mirren (twice), Hamilton, Killie, Livingston and Hibs, coupled with defeats to Celtic, Hearts and Motherwell but the highlight came four days after the League Cup Final defeat when they returned to Glasgow and beat league leaders Rangers 1-0 at Ibrox.

After defeating Dundee in December The Dons finished the year with wins over Hearts and Livi as well as an exciting 4-3 defeat to Celtic and Pittodrie and returned from the winter break with wins over Hamilton and Hibs and a draw with Killie.

In the Scottish Cup The Reds needed two matches to dispose of Stenhousemuir before knocking out Dundee’s conquerors Queen of the South out in the next round.

In the quarter-final Aberdeen drew Rangers at home and were looking for revenge for a recent 4-2 defeat in the Premiership. After a 1-1 draw at Pittodrie Aberdeen travelled to Glasgow for the second time in four days (after drawing 0-0 at Celtic Park) and recorded a sensational 2-0 win in the replay to set up a semi-final with Celtic at Hampden.

In the league Aberdeen’s home form has been patchy with a defeat to Hamilton and draws with St Mirren and Livingston while away from Pittodrie there had been recent wins over Hibs and St Johnstone before last weekend’s 2-1 defeat Tynecastle knocked The Dons out of the top three.

Dundee’s 2018/19 match programme The Dee will be available to buy at the Aberdeen game in and around the ground and in the club shop. It is a full, colour 48 page edition packed with news, views, features and exclusive interviews which this week include:

Fans from outside of the UK will be able to watch the Aberdeen match live on DeeTV with a virtual season ticket. You can sign up for DeeTV for just £12 a month or an annual fee of £120 on the official website where you will also have access to highlights, interviews and all the Dundee FC goals at the click of the button.