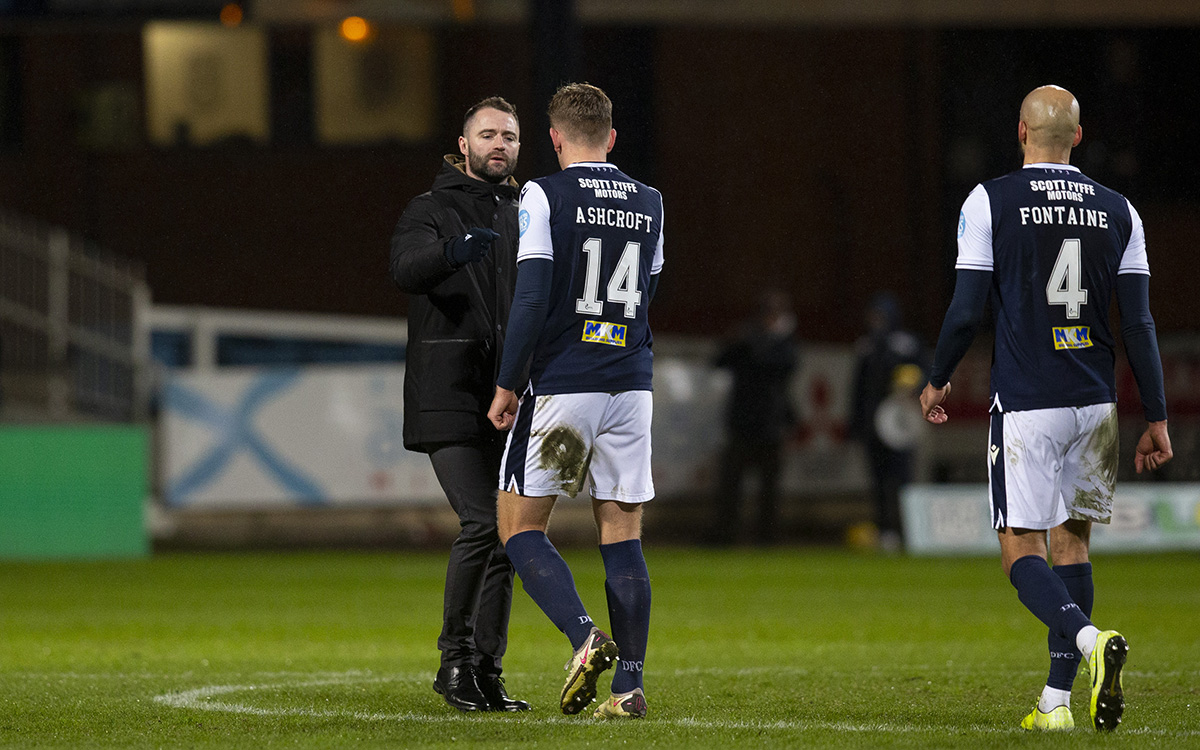 James McPake watched his side come back from 2-0 down to make it back to back wins in the Scottish Championship and was quick to praise his players when he spoke to DeeTV post match, he said “I’m delighted for the players. To go 2-0 down after five minutes and to come back and show the character to go on and win the game. We know the character in there. It wasn’t good enough for the first five minutes, we know that, but I thought after that we were well on top.”

“Huge win for us, we know we had to win after the results earlier, we got it in the end, a massive three points.”

Dunfermline raced to a 2-0 lead with goals from Kevin O’Hara and Craig Wighton in the first five minutes. The manager though was keen to look at the positives of the reaction, “Poor start in terms of defending. They are good finishes but you have to give yourself a chance in a game. Luckily for us we end up winning, I think down to our quality in the end. We can’t afford to start like that but you have to take the positives, real character from the players in a real pressure game. We had fallen out of the play off positions, we knew it was a chance to get back into joint 2nd and credit to the players.”

“Danny Mullen only trained yesterday and it was still touch and go in the morning if he was going to make the bench and what an impact he still managed. Not just the goal but his work rate as well but that is what it takes. I think we saw that from every player.”

Two more goals from set pieces after two in the win over Alloa last weekend. The manager explained it is something that is working on each week and he takes as much pleasure from keeping them out at the other end as he does from the goals, he continued, “We spend a lot of time on them. I look on it from the other side where we defended so well late on when they were throwing everything at us. Liam Fontaine, Lee Ashcroft and you add Danny Mullen and Adam Legzdins into that as well, it was bodies on the line and it had to be. Set plays are huge in football, you see games won and lost on them all the time.”

“I’d be lying if I was standing here wanting to take any credit for the goals. It’s good deliveries and you have to be brave, good striker play from Danny for the second. It’s down to the players and I’m delighted for them.”