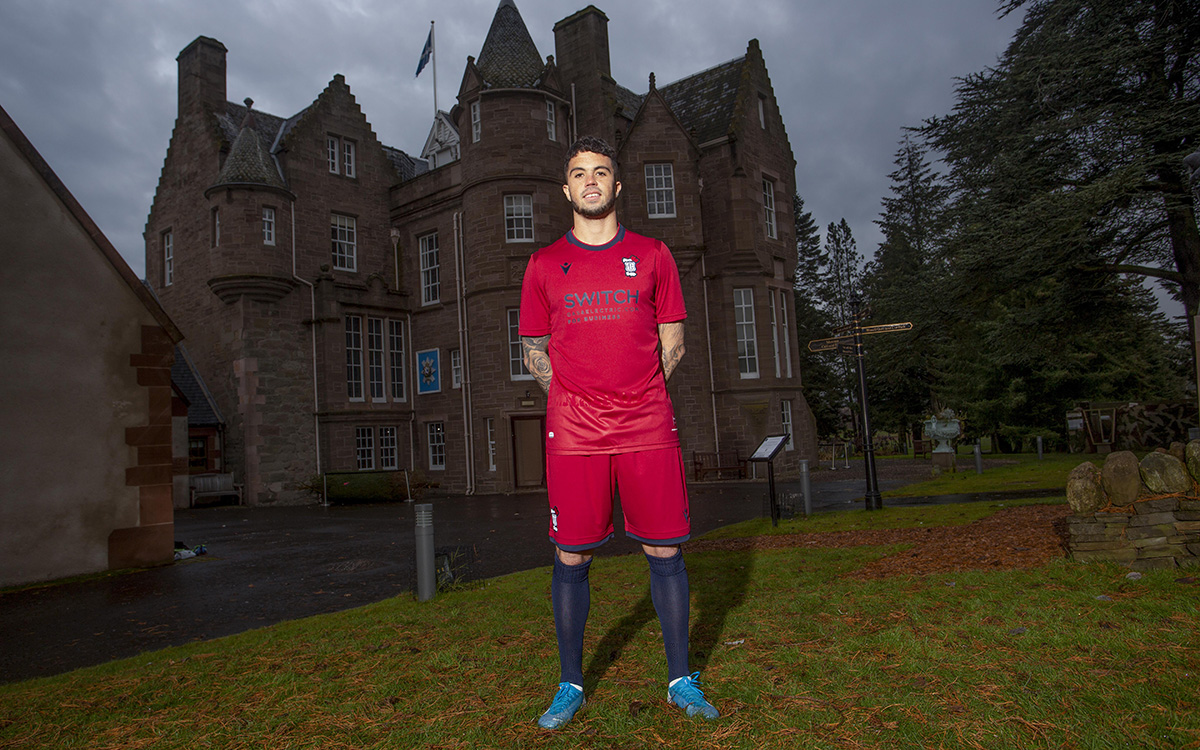 Dundee Football Club are delighted to announce that this season we are continuing our partnership with SSAFA (the Armed Forces charity) and the Black Watch Association.

We can now reveal our 3rd kit for the 2019/20 season which was modelled by Declan McDaid and Finlay Robertson at the Black Watch Castle in Perth.

The shirt includes a special Black Watch badge, imprints of servicemen on the front and the castle on the lower back. The motto ‘Nemo Me Impune Lacessit’ (“No One Provokes Me With Impunity”) is also displayed at the top of the back of the shirt.

SSAFA is the UK’s oldest military charity which provides lifelong support those currently serving, veterans and their families at the time of need.  SSAFA provides financial, practical and emotional support to the Armed Forces community through its network of volunteers across the UK, including the local Dundee and Angus SSAFA branch.

The Black Watch (Royal Highland Regiment) Association was founded in 1873. It was reshaped in 1919 in the aftermath of the First World War when the founding fathers established an organisation to help the thousands of men who had served in that conflict. It has stood the test of time by supporting soldiers and their families as they face the unique challenges of their Army service.

The team will wear the kit for the first time against Ayr United at the Kilmac Stadium at Dens Park on 11th of January.

Along with wearing the kit, a number of other activities will take place on the day.

The kit will be in store at Dundee Direct week beginning 16th of December and is available to pre order now – click here.

Over 10% of jersey sales will be added to the eventual total which we are raising throughout the year for SSAFA and the Black Watch Association.

We look forward to continuing our work with both charities for another season.

All photographs taken by David Young Photography (www.davidyoungphoto.co.uk), please do not reproduce without permission.