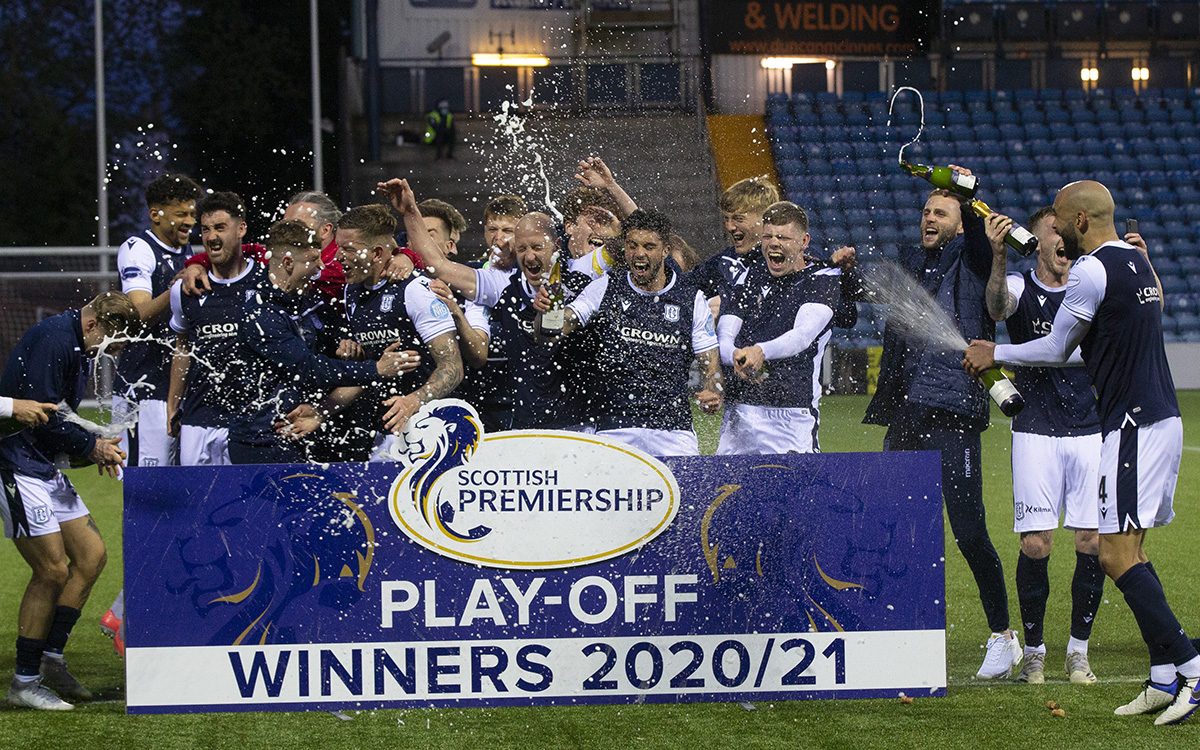 The Dee are back in the Premiership after beating Kilmarnock 2-1 in the second leg and 4-2 on aggregate in the play-off final! A marvellous, professional performance saw off Killie who were second best throughout the two games. Early goals tonight from Danny Mullen and Lee Ashcroft put the Dee firmly in charge and Killie never looked like shaking the Dee’s grip on the final. Kyle Lafferty pulled a goal back from the penalty spot midway through the second half, but Dundee saw the game out calmly and confidently to earn the place in the Premiership that the players, management and staff so richly deserved.

James McPake made a single change from the first leg. Jordan Marshall came in for Christie Elliott, with Cammy Kerr moving across from left to right back. Kilmarnock brought in Rory McKenzie and Aaron Tshibola for Greg Kiltie and Gary Dicker.

Just as they did in the first leg Killie were on the attack from the start but without troubling the Dee defence, and were then carved open when Dundee launched their first serious attack after seven minutes. A Killie attack broke down and the ball was cleared to the half way line. Danny Mullen won an aerial challenge allowing Paul McMullan to race through the middle, supported by Mullen and Jordan McGhee, facing only two Killie defenders. McMullan shaped to send McGhee in on goal but switched the ball the other way for MULLEN to stroke his shot across Doyle and inside the far post. It was a lethal break capped with a delightful finish.

Five minutes later the Dark Blues dealt Killie a hammer blow with a second goal. Paul McGowan’s corner from the left was firmly headed home from six yards by Lee ASHCROFT with the Kilmarnock defenders in a state of utter chaos, running into each other rather than marking Dundee’s danger man.

Killie would have been hoping to take control with a fast start and an early goal. Their game plan did not allow for being falling three goals behind in less than 15 minutes. The momentum was all with Dundee and Killie were devoid of ideas. Tommy Wright sent on striker Danny Whitehall in the place of left back Brandon Haunstrup and switched to three at the back.

The change created more space for Dundee to exploit and they came desperately close to ending the contest with a third goal before half time. Paul McMullan skinned makeshift wing back Pinnock and crossed for Jordan McGhee to send a looping header against the crossbar. Paul McGowan’s follow up shot was blocked by frantic Killie blocking.

Dundee started the second half with another fine attack. Skillful play by Mullen sent McGhee away down the right and the deep cross found Paul McGowan who headed across goal and wide.

Kilmarnock were bypassing the midfield, launching long balls down the park, hoping that Lafferty and Whitehall could cause problems and that Killie could do something with the second balls. The tactic failed as the Dundee defence and midfield handled almost everything thrown at them.

Killie got the hint of a lifeline in the middle of the second half with a penalty out of nothing. Millen’s long ball into the penalty area was just beyond McKenzie’s reach but the Killie forward was bowled over by Legzdins’ challenge. Mr Madden pointed to the spot and Kyle LAFFERTY scored.

Kilmarnock did get a lift from the goal, but it just gave them a charge of energy. There was no increase in quality. Dundee handled the next 10 minutes calmly and gradually took the steam out of Killie’s frantic efforts to attack. Legzdins did not have to make a save in the remainder of the game.

Every cross into the box was met by a Dundee head, sailed out of play, or gave the Killie target no opportunity to do anything to trouble the Dark Blues.

Osman Sow and Declan McDaid came on for Danny Mullen and Paul McGowan, but they provided only fresh legs rather than bringing any change to Dundee’s shape or level of performance. Kilmarnock were beaten, well beaten, long before the end.

The final fifteen minutes were wonderfully short of excitement from a Dundee point of vieww and the final whistle triggered huge celebrations from the 11 players on the pitch, the whole squad and staff in the Main Stand. It was a fantastic moment for everyone associated with the club and the only source of regret is that the away stand was not packed with ecstatic Dees bouncing up and down after such a convincing win by the Dee.

It has been a remarkable season with some very difficult moments, but Dundee rode through the challenges finding their form and building momentum. James McPake’s team kept improving and have been magnificent over these last few weeks as they sealed second place in the Championship and then gave us a fantastic play-off campaign that supporters could only have dreamed about.

Yet again tonight it would be very difficult to pick out anyone as a man of the match. The whole team were terrific as a unit, with every man doing his job to perfection. This was a night to remember for all Dees! Thank you guys! We are up! 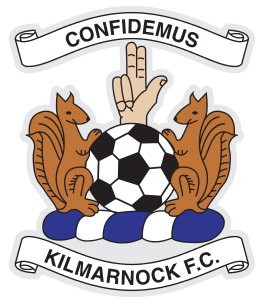