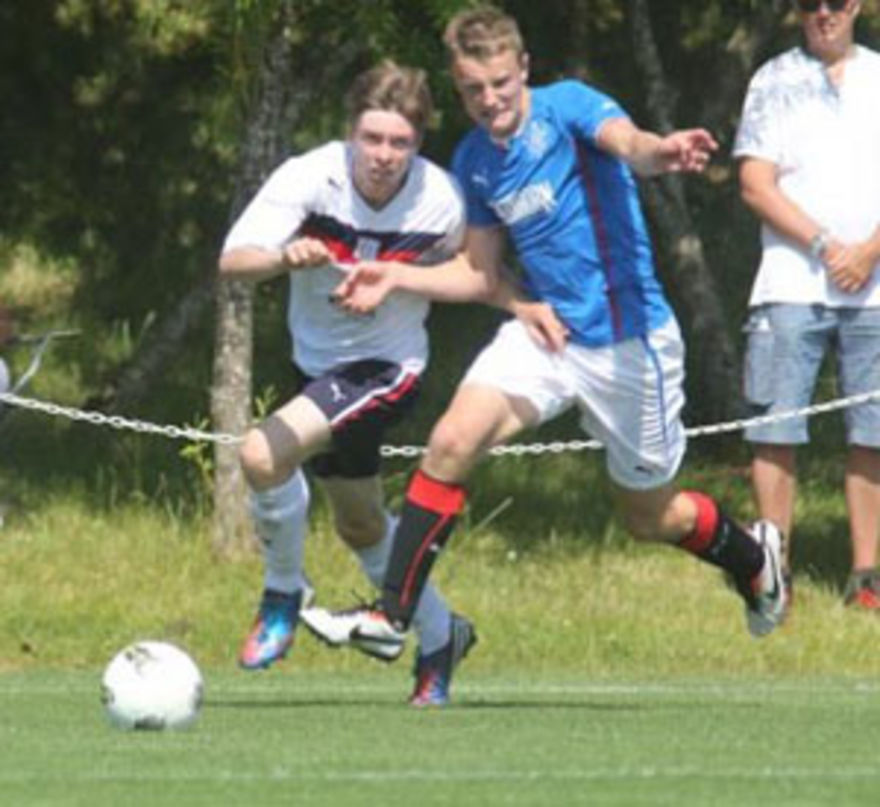 Dundee under 19s got off to a winning start to pre season with a 3-2 win over Rangers at Murray Park.

The match was played in incredible heat, so much so that the referee included a stoppage for water in each half.

The young Dundee team included a number of players who have featured in the 1st team pre season matches so far, as well as Jamie McCluskey, who came through his first full 90 minutes since March of 2012.

On the superb Murray Park surface, Dundee’s youngsters controlled the opening period and it was more than deserved when they took the lead through a Craig Wighton penalty. The striker himself was brought down by the Rangers keeper and stepped up to fire home from the spot.

The Ibrox side hit back almost straight away when a ball across the face of goal was tapped in.

With Rangers making plenty of subsitutions at the break, their fresh legs seemed to make a difference in the second half and they pushed on but Dundee struck to retake the lead at the perfect time.

Just before the second half water break, Cammy Kerr’s cross was headed down by Calvin Colquhoun and Lee Cameron scored from close range.

Dundee pushed on from there and were soon two goals to the good when Ben Sivewright’s excellent cross wasn’t properly dealt with by the home keeper and Gary Duggan bundled home at the back post.

Rangers grabbed one back from a corner with five minutes remaining and although another spell of pressure followed, Dundee’s defence held firm.