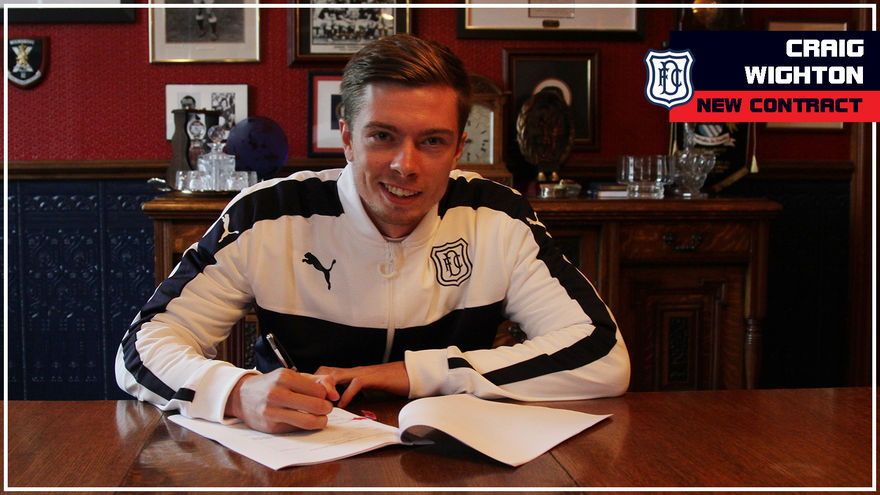 Dundee Football Club are delighted to announce that Craig Wighton has signed a new contract with the club.

In 2013, Craig became the club’s youngster ever goal scorer when he netted against Raith Rovers in the SPFL Championship and at the age of 17 he scored his first SPFL Premiership goal the following season against Partick Thistle.

Loan spells at both Brechin City and Raith Rovers have help Craig develop and last season he returned to Dens and played 15 times in the second half of the season.

He scored his first goal of the season against Ross County to secure victory at Dens before firing home a historic last minute derby winner on the 2nd of May.

Craig’s new deal sees him commit his future to the club until the end of the 2018/19 season.

Manager Paul Hartley said “I am delighted that Craig has signed his new deal. We are looking forward to the continuation of his development over the next three years.”

We also spoke to Managing Director John Nelms who told us “It’s a credit to Craig and the faith that he has had in the development plan set out for him. He’s put in the hard work and dedication and now fully deserves a long future as a professional footballer.”