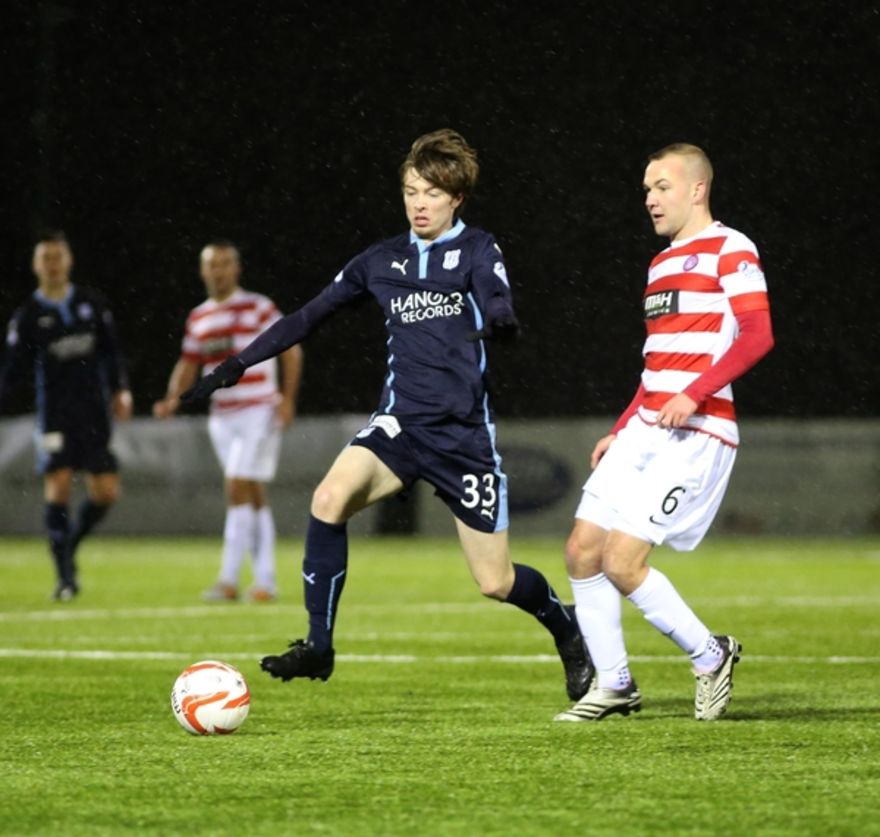 The 17 year old striker made his first team debut last season for Dundee and became the clubs youngster ever scorer with a goal against Raith Rovers in November of last year.

He played a part in the team which went on to win the SPFL Championship title.

This season, he has made seven appearances in the top flight and scored his first Premiership goal in a 1-1 draw against Partick Thistle.

Manager Paul Hartley told us of his loan, “This will stand him in good stead, it will be great experience for him, and he needs to go get experience of first team football.”

The Dundee boss went on to say, “He will come back a better player. It will do him the world of good at this point in his development to get more first team experience.”