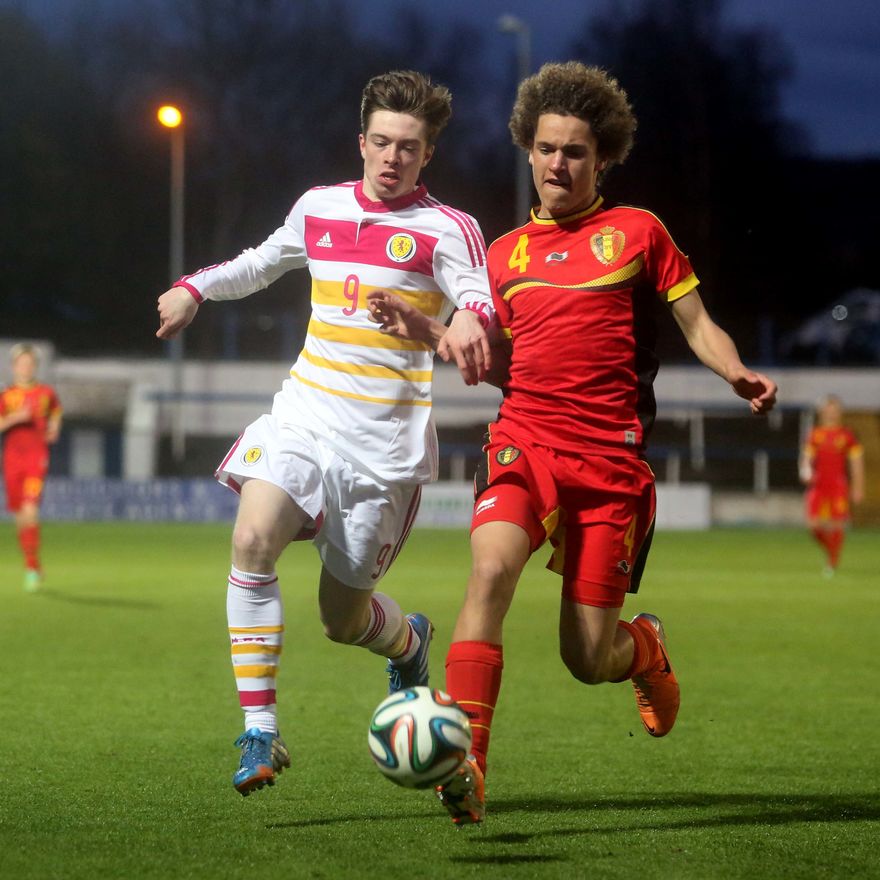 Craig Wighton was in international action again on Wednesday evening as he helped Scotland qualify for the UEFA European Under-17 Championships finals in Malta.

The finals take place in May of this year and Scotland booked their place with a 3-1 victory over Belgium at Cappielow.

Dundee FC Online spoke to Craig after the match he told us, “We knew coming into the game that if we won that we would qualify. Being 1-0 down at half time was a blow but second half we showed what we are capable of with a great team performance and everyone did their bit.”

It was clear to see that the squad had a good bond and Craig put this down to the squad being together for a long period of time now. He said, “We’ve been together for probably two years now, some different boys coming in and out but the majority of the squad has been there for two years so everyone knows everyone and we have a good team sprint.”

Craig has been with the Scotland camp for the past week and will remain with them until this weekend which sees the final matches of the qualifying round. Scotland take on Romania at Rugby Park with a 3pm kick off.