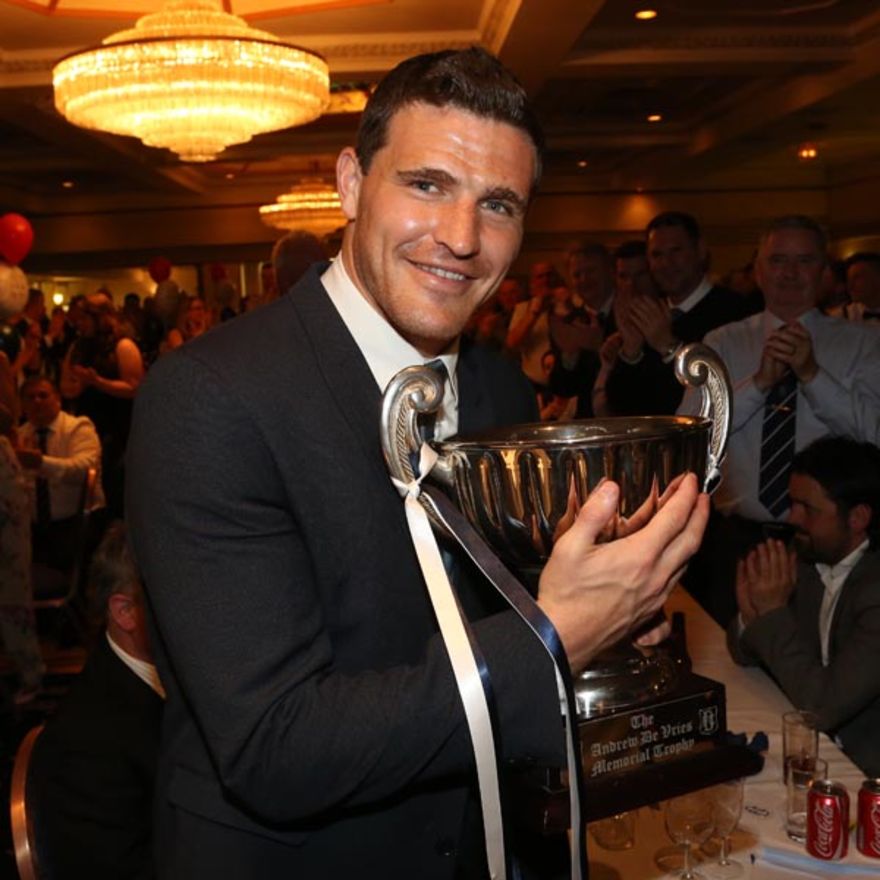 Goalkeeper Kyle Letheren was voted Player of the Year at the annual DFCSCA awards this evening.

Voted for by the clubs supporters Kyle walked away with the Andrew De Vries trophy on the 20th anniversary of the award. He beat off competition from Peter MacDonald, Martin Boyle and Declan Gallagher who all also won individual supporters club awards.

Dundee number one has been in fantastic form this season and told the packed room at the Invercarse Hotel that it “means more than the world to him.”

Like Rab in 1997/98, Kyle’s debut season with the club has seen him walk away with a Championship medal and also the player of the year trophy.

Signed in the summer, Kyle took to the mic to thank the manager that brought him in, John Brown, before moving on the thank goalkeeping coach Bobby Geddes.

He also thanked his parents who were in attendance at the Invercarse. Kyle’s dad Glan was himself a professional footballer. Like Kyle, a goalkeeper, Glan played for a number of clubs South of the border.

Kyle started the season with a clean sheet in the Ramsdens Cup away to Alloa. He went on to have a number of memorable moments throughout the campaign but none more so than when he pushed Bryan Prunty’s 88th minutes close range header away to ensure Dundee won the league on Saturday.