THREE IN A ROW FOR DEVELOPMENT DEE 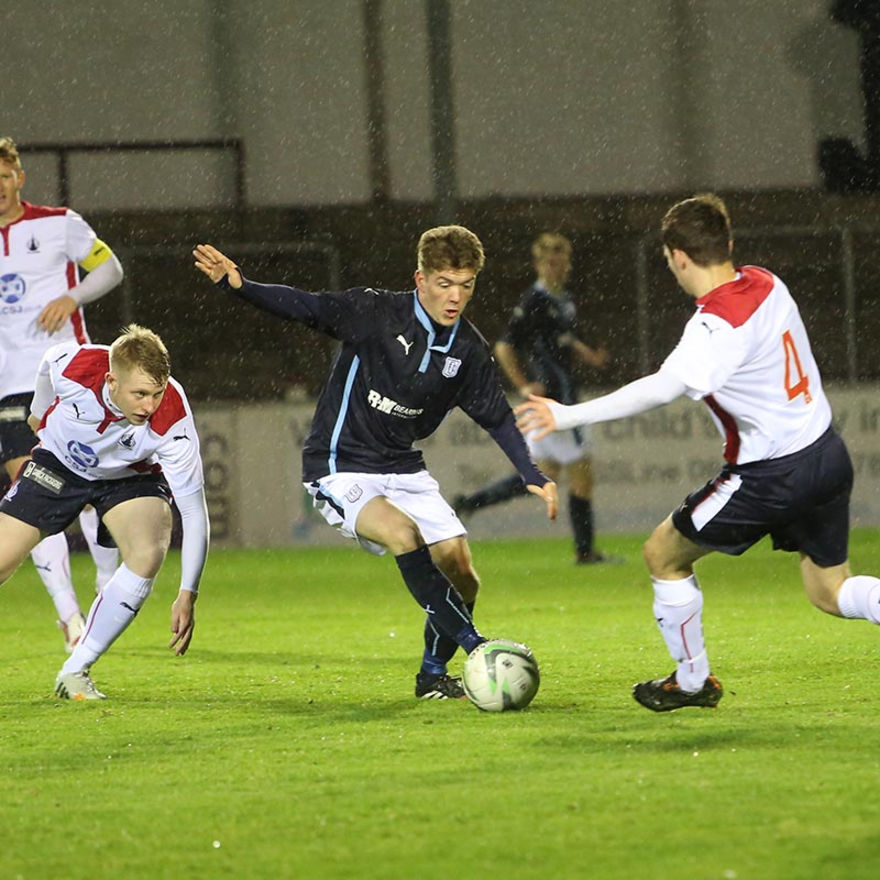 Dundee made it three wins on the trot in the SPFL Development league with a 3-2 victory on Falkirk at Gayfield on Tuesday evening.

The teams played out a scoreless first half with both goalkeepers being called into action. The visiting number one tipping over a Josh Skelly effort and also saved well with his legs when Martin Boyle had run through on goal, while Kyle Gourlay in the Dundee goal made a smart stop from a one on one.

After the break, as the rain poured down, Falkirk took the lead just before the hour mark when Ollie Durojaiye drove home from 25 yards.

As the game wore on, it looked as if the score would stay the same but an excellent Calvin Colquhoun through ball put Craig Wighton in on goal and he levelled the score. Four minutes later Dundee were in front.

A quick throw in and cross field ball drew the Falkirk keeper out of his box but Ryan Gemmell beat him to the ball to place into the empty net.

Dundee were well on top after two quick goals and substitute Lee Cameron combined with Wighton before putting Dundee further ahead in an excellent move. Falkirk pulled one back through Robbie McNab but there was barely time to restart before the final whistle.