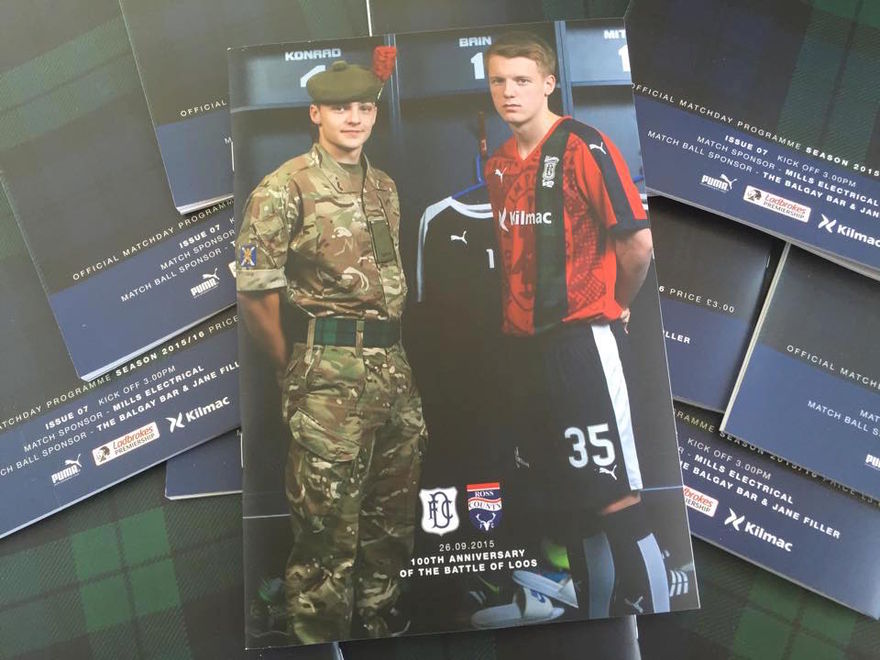 Watch out for tomorrows special edition Dundee v Ross County match programme for the club commemoration of the 100th anniversary of the Battle of Loos in the First World War.

The 54 page full colour edition will not only features the regular articles from Paul Hartley, John Nelms, Memorabilia, Junior Dees and a focus on the opposition but will also feature extensive articles on the Battle of Loos, the Black Watch and Cameron Highlanders involvement and on the club’s commemorations.

The programme will be available from sellers around the ground for just £3 and is sure to be a collector’s item so make sure you get yours at the ground tomorrow.