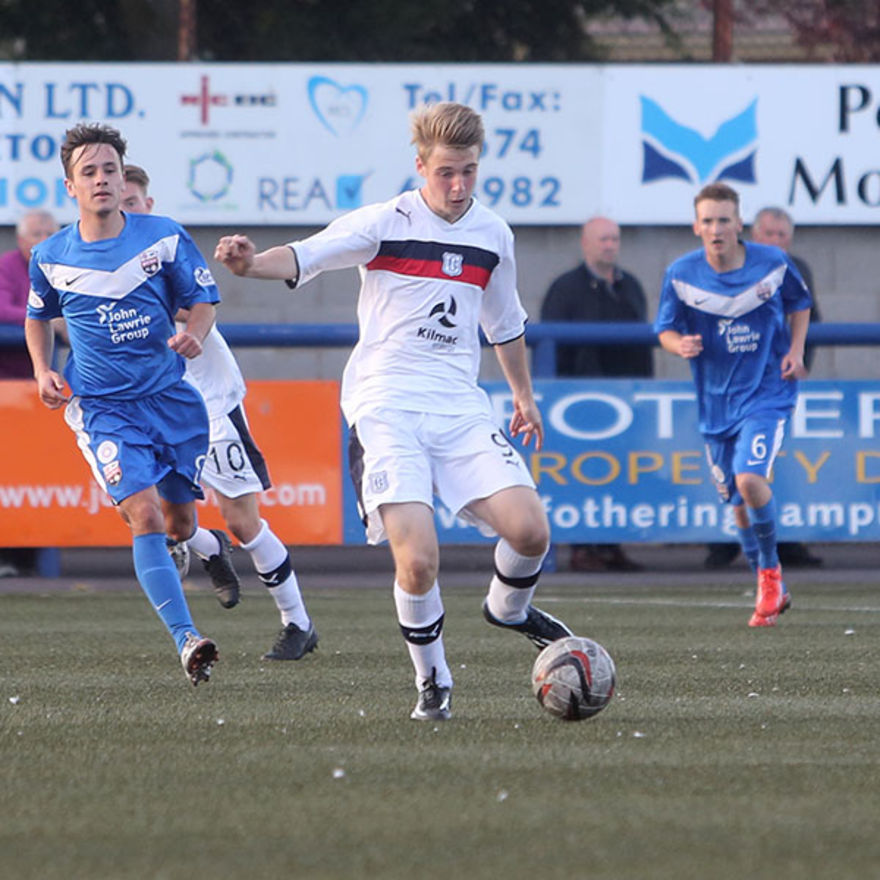 Skelly at the double

Dundee under 20s continued their pre-season with a 2-1 victory over Montrose this evening at Links Park.

Montrose had been due to play Peterhead but due to drawing each other in the Petrofac Training Cup, the match was cancelled and friendly with Gavin Burns’ side was arranged.

The first half was an even affair with Dundee going in ahead at the break after Josh Skelly rounded the Links Park keeper and put the young Dees in front.

After the break, Montrose began to up the pressure and were level midway through the half.

They pushed on but Dundee held out and just as it looked to be heading for a draw, Skelly whipped a perfect free kick in off the post with the final touch of the ball to win the match.