SECOND HALF SLUMP BY YOUNG DEES

SECOND HALF SLUMP BY YOUNG DEES 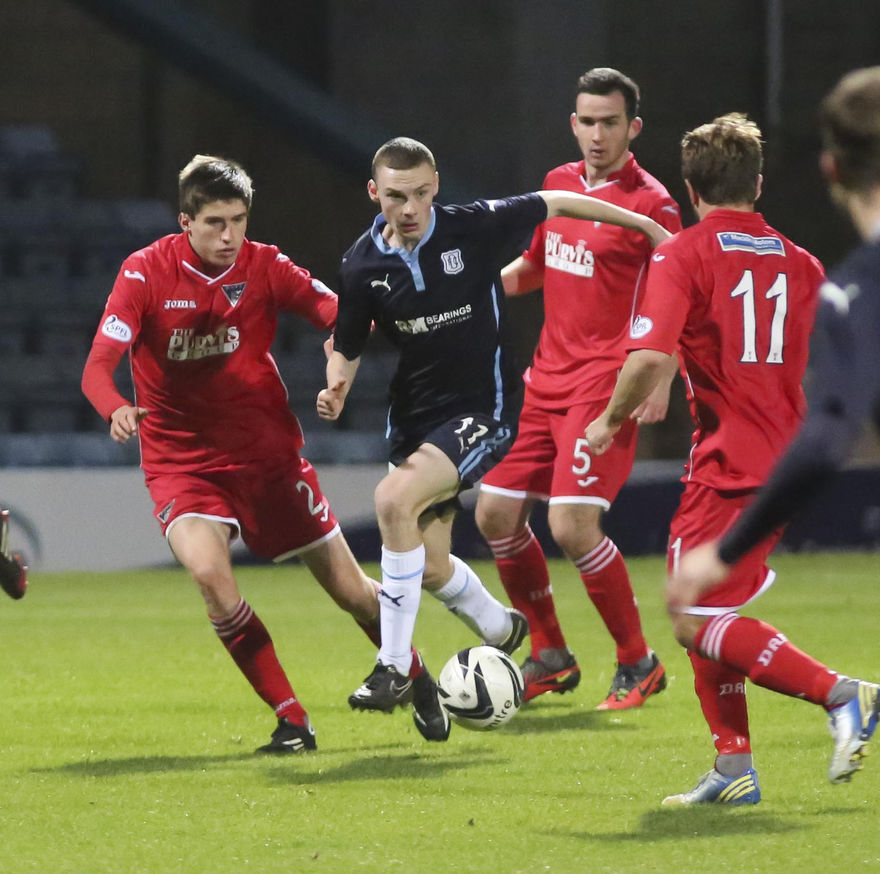 Dundee suffered their first home defeat of the season at the hands of an impressive Dunfermline side.

Both sides fielded relatively strong line-ups but, with Craig Wighton, Josh Skelly and Lee Cameron all watching from the stand it wasn’t clear where the Dark Blues’ goals were going to come from.

The home side’s first chance came on 17 minutes when a superb Kevin McBride ball found Phil Roberts and the former Falkirk man hit his cross across the face of the goal, just missing the inrushing Max Avolio.

A slip by Kevin Thomson presented a chance to Allan Smith but the Pars striker could only shoot across the face of Gourlay’s goal.

The Dark Blues had another chance when right back Ryan Williamson totally missed Avolio’s cross from the right, allowing Roberts a sight at goal but Roberts couldn’t control the ball and a combination of Williamson and keeper Cammy Gill kept the ball out.

Smith was proving a handful for Matty Allan and his defenders and the striker had two chances within a couple of minutes to open the scoring.
Just before half time Roberts brought out a fine parry from Gill and Calvin Colquhoun couldn’t quite connect with the rebound.

The visitors struck six minutes into the second half when Declan O’Kane’s header was palmed away by Gourlay but only into the path of Smith who netted from close range.

Three minutes later the Pars increased their lead when Smith sent a terrific 20-yard shot into the top corner, giving Gourlay no chance.

On the hour mark the game was virtually over when Dundee’s Iain Davidson was sent off after conceding a penalty. Chemin cut the ball back from the byline and, as Gozie Ugwu lined up to score, Davidson slid in to tackle. The Dundee defender was yellow carded twice in the incident and was given his marching orders by referee Mike Roncone.

Smith sent the ball low to Gourlay’s left to complete his hat-trick.

Dundee sent on Ryan Lamond for Thomson and Alex Gibb for Avolio but the 10 men found it hard to contain the confident Pars and, four minutes from the end, they scored their fourth when a Chemin cross from the left was headed home by substitute James Thomas.

In the final minute, O’Kane got his head to a Scott Mercer corner to wrap up the scoring.