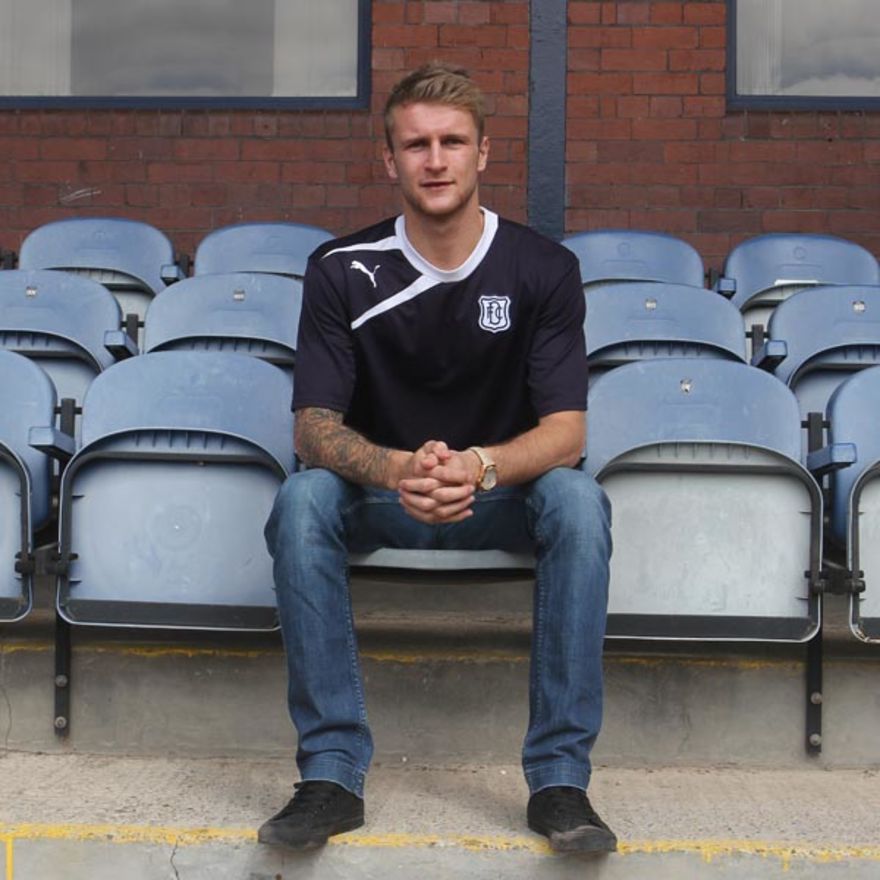 We spoke to new signing Scott Bain after he was introduced to members of the press this afternoon at Dens Park.

22 year old Scott is a man known well to manager Paul Hartley who played with him at Aberdeen and signed him shortly after being appointed manager of Alloa three years ago.

Scott has impressed through the leagues as Alloa gained back to back promotions then maintained their SPFL Championship status last season.

He told us shortly after putting pen to paper how he was feeling after joining up at Dens, “Delighted, over the moon. Been a lot of hard work over the years to get back to full time and it’s obviously paid off with days like today.”

Knowing Paul well was a major factor in Scott moving to Dens he told us of the boss, “He’s a great manager, he’s ambitious and he has a lot of trust and faith in me which was a big factor in me coming to Dundee.”