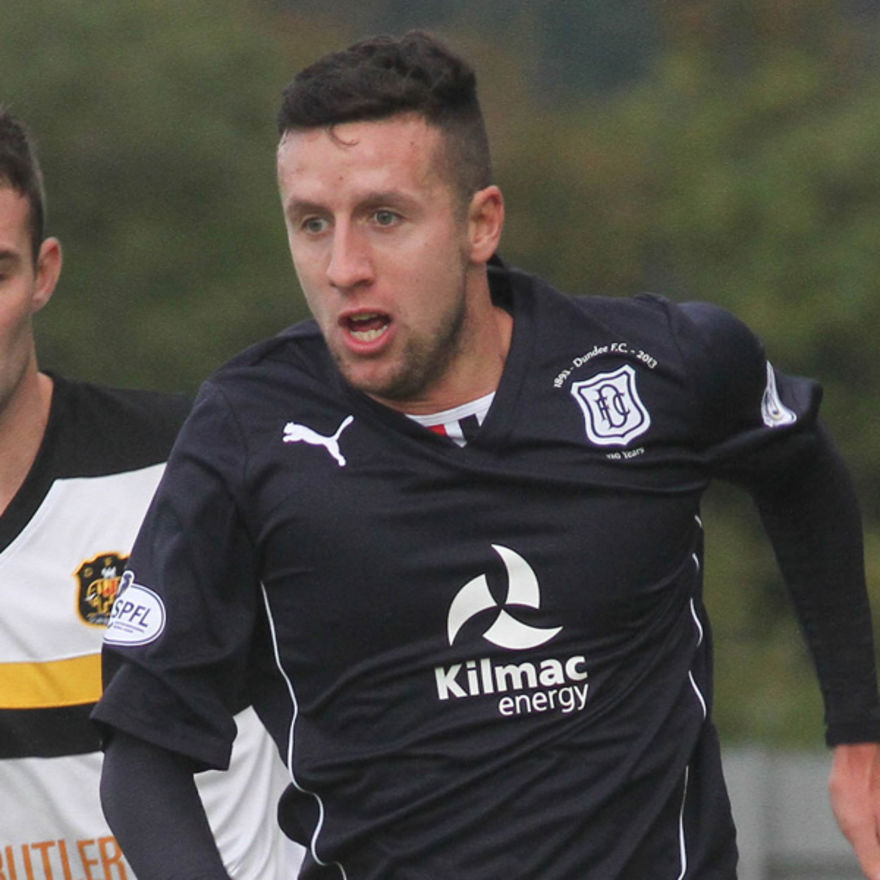 The club can confirm that Ryan Conroy has left Dundee FC by mutual consent.

Ryan spent three seasons with the club, scoring 25 times in total during his spell, and playing a big role in the club’s SPFL Championship win last season.

Left midfielder Ryan joined Dundee in 2011 and was a key member of the squad who finished 2nd to gain promotion to the SPL. He netted eleven times during his debut season at Dens, including an impressive run towards the end to the season where he scored six times in a seven game period.

He was given his chance to shine in the SPL the following season and finished at the clubs top scorer. Ryan opened his account in the top division with a spot kick away to Hearts which gave Barry Smith’s side their first win of the season. A regular under John Brown in the second half of the season, he grab more goals, none more memorable for the 27 year old than his opener for 10 man Dundee in a derby at Tannadice in a 1-1 draw.

Ryan made 38 appearances last season as the club clinched the SPFL Championship title. He scored a further six times during the 2013/14 season, including the winner in Paul Hartley’s first away match, a 1-0 victory at Queen of the South.

The club would like to thank Ryan for his efforts over the years and wish him all the best for the future.