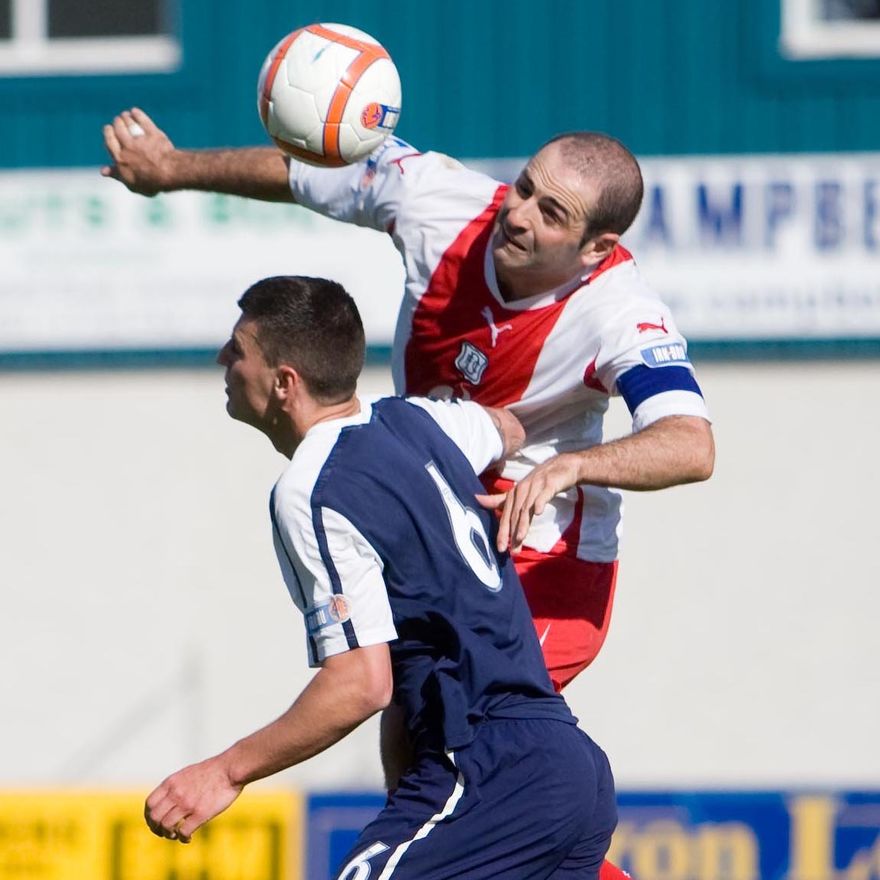 It’s back to SPFL business this weekend after Dundee’s League Cup exit and the Dark Blues are on the road to Dingwall to face foot-of-the-table Ross County. this weekend.

Dundee go into the match on the back of two defeats in a row, the first time that’s happened under Paul Hartley’s management. However the performance at Tannadice in midweek restored supporters’ faith in a side who were unbeaten before turning in a lacklustre performance in front of the TV cameras on their last league outing.

“I think our fans know now that they’ve got a team to be proud of and if we keep playing the way we did on Wednesday night we’ll do OK this season,” said Paul.

He continued, “It will be a tough game up at Dingwall; we’re traveling up on Friday and we have to make sure we get the preparation spot on.”

TEAM NEWS
James McPake is expected to feature after taking a knock in the League Cup tie and there could be returns to the squad for Iain Davidson and Peter MacDonald, who have been missing in recent weeks. Thomas Konrad is suspended after his red card in the Dens derby, while Phil Roberts was sent home from training with a chest infection on Thursday.

THE OPPOSITION
Hosts, Ross County, have had a torrid start to the campaign. They , they were knocked out of the League Cup by Championship side Hibs on Tuesday evening and have lost all seven of their League matches to date, the latest being last Saturday’s 3-0 beating at Pittodrie against Aberdeen. It’s a run which cost long term boss Derek Adams his job and new manager Jim McIntyre has yet to turn around County’s fortunes.

LAST TIME
Kevin McBride, Iain Davidson, Gary Irvine and Jim McAlister were all in Dundee’s side for our last visit North in December 2012. Davidson gave Dundee a half time lead with a 25 yard screamer. but the match ended 1- 1 after Gary Glen’s equaliser for County.

OPPOSITION DANGER MAN
Michael Gardyne rejoined County on loan from our city rivals during the summer transfer window. The attacking midfielder/striker has a good record against Dundee;, during his previous spell up North he hit a hat-trick against the Dark Blues.

TICKET NEWS
Adult admission to the match is £20.
Under 18s and students can see the match for £12, while under 16s can gain access for £10
Fans must buy a ticket from the ticket office then approach turnstile. Proof of status may be asked at both office and entry to stadium.

OUR ONLINE COVERAGE
We are unable to show the match this weekend on Dundee Live, but you can keep up to date with all the action through our live text update service which is available on all match days at www.dundeefc.co.uk.

FINDING THE GROUND
Follow the A835 into Dingwall; the ground is well signposted once you reach the town. The full address including the postcode for Sat-Nav is The Global Energy Stadium, Victoria Park, Dingwall IV15 9QZ.

The Global Energy Stadium is located 5 minutes’ walk from the centre of town and less than 500 metres from the train station.

There is ample free and well signposted car parking in Dingwall town centre, while there is also car parking available for both home and away fans at the ground at a cost of £3.

Please note that the standard matchday traffic arrangements implemented by the local Council, Traffic Wardens and Police Scotland mean that access to the Stadium by car is not possible in the final 30 minutes before kick-off at any game.