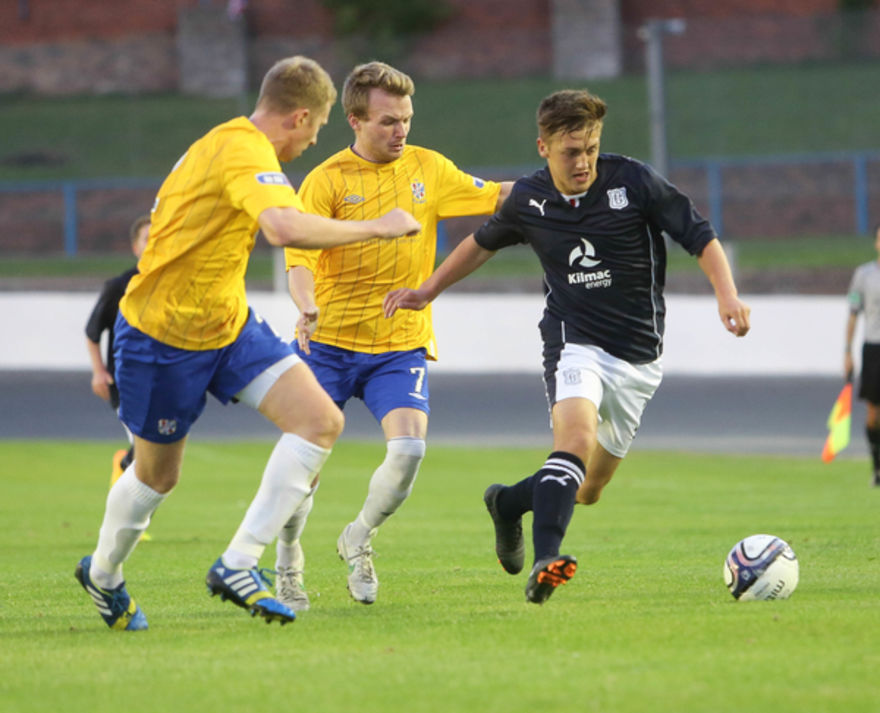 Jamie Reid, Lee Cameron and Cammy Kerr were all on target as Dundee beat group leaders Cowdenbeath in the SPFL Reserve League Cup at Central Park.

Dundee started brilliantly and with 35 minutes were three goals to the good.

Good link up play from the front three saw Steven Doris flick the ball on for Cameron who cross to the centre where Reid waited to tap home the opener.

It was two shortly after when a mistake in the home team’s defence allowed Cameron space. The striker took a touch before curling home with a neat finish.

Gavin Rae’s side weren’t done there and added a third in similar circumstances when a stramash in the box broke to captain Kerr who finished to make it 3-0 before half time.

Cowdenbeath upped their game second half and it was a much more even contest. They pulled one back with 12 minutes to go through Craig Johnston who fired home from six yards.

They continued their search to get back into the match and Ben Anthony found the net with only a minute remaining but Dundee held out for the win.