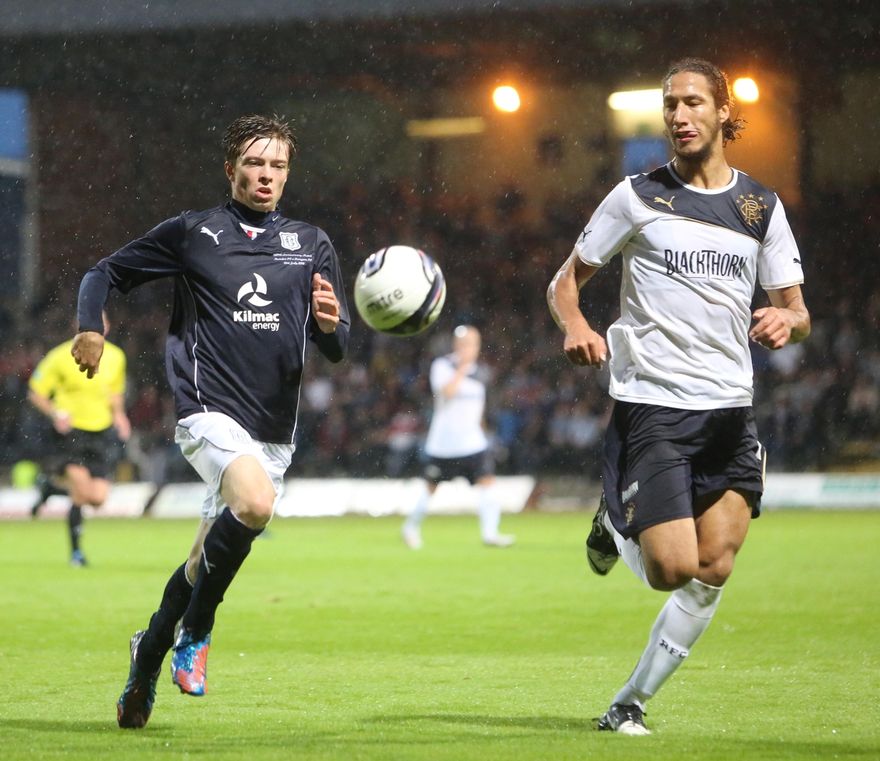 Dundee are in William Hill Scottish Cup quarter final action this afternoon when we travel to take on Rangers at Ibrox, kick off 12.30pm.

Paul Hartley’s squad come into the match on the back of an impressive result in Glasgow on Wednesday night against Celtic.

Rangers are currently out in front at the top of the Championship after wins over both St. Mirren and Raith Rovers in the past week.

Dundee have injury doubts over Julen Etxabeguren, Thomas Konrad and Darren O’Dea ahead of the match.

Ahead of tomorrow’s William Hill Scottish Cup quarter final at Ibrox against Rangers we would like to make supporters aware of the following information.

Spectators are advised to allow themselves plenty of time to negotiate the motorway access to Ibrox given the early kick off and likely heavy traffic.

Organisers of supporters coaches are reminded that it is a criminal offence to allow alcohol to be carried or consumed on such vehicles and that they may be liable to stop and search by Police Scotland en-route to this fixture.

Parking is available for coaches and cars in the Away car park accessible via Broomloan Road. Charge for coaches is £12 and cars £6. This car park is stewarded throughout the event.

Ibrox is a No Smoking Stadium.

Unacceptable behaviour, including sectarian, homophobic, racist or foul and abusive language is not permitted and you are asked to contribute to a positive atmosphere within the Stadium by not indulging in this behaviour.

At the conclusion of the fixture the visiting support will be asked to remain in their seats until the majority of the home crowd has evacuated the Stadium. This will assist greatly in ensuring that supporters can exit the Stadium safely and securely.

Finally the Club are grateful for the big support following the Team to Ibrox and would ask that you all enjoy the big day and hopefully with your support the right result will be secured.

OUR ONLINE COVERAGE
Dundee FC Live will not be showing the match live from Rangers.

Delayed coverage of the match will be available on DEETV with overseas supporters able to view that full rerun from midnight on Saturday night.

Supporters within the UK will be able to view from midday on Sunday.

DEETV is available from as little as £5 per month. Sign up now at www.dundeefc.co.uk/deetv

We will have live text updates here on the official site to keep you up to date direct from Dens.