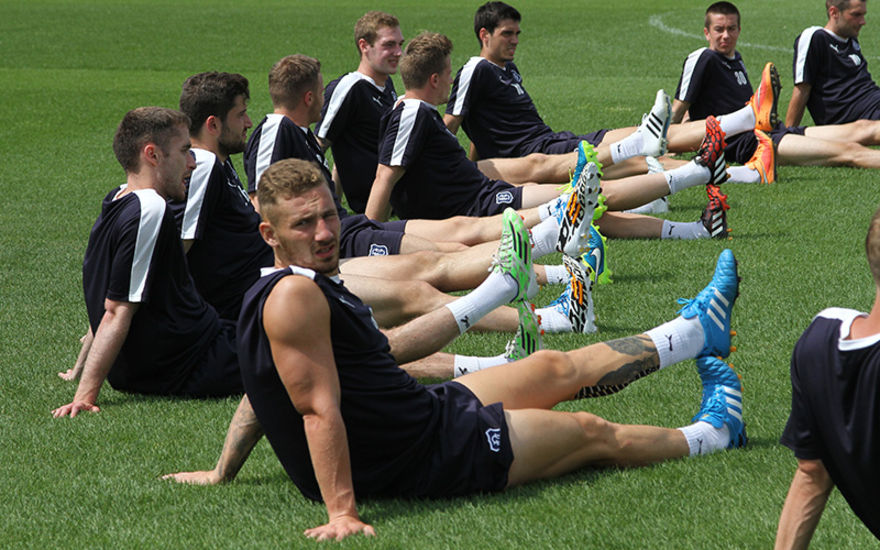 Tonight sees the squad in action for the first time in an open door match as the 2015/16 pre-season schedule kicks off with a trip to take on Raith Rovers at Starks Park, kick off 7.45pm.

The match will give supporters the first look at the new squad which includes 8 new faces.

Dundee returned home from a training camp early Monday morning and continued the hard work at Riverside yesterday. The match is one of two gams this week with Brechin away coming on Saturday.

There will be a few familiar faces in the Raith line up with Lewis Toshney and Kyle Benedictus in defence and another ex Dee Mark Stewart in attack. On loan striker Craig Wighton won’t feature while Dundee will be without Paul McGowan.

It’s our first trip to Starks since a New Year match in 2014 when Jim McAlister netted twice in the final minutes to secure a vital three points as Dundee went on to win the SPFL Championship.

Supporters travelling by road are advised to avoid the A910 as there are roadworks causing severe delays.

We will NOT be showing the match on Dundee FC Live.