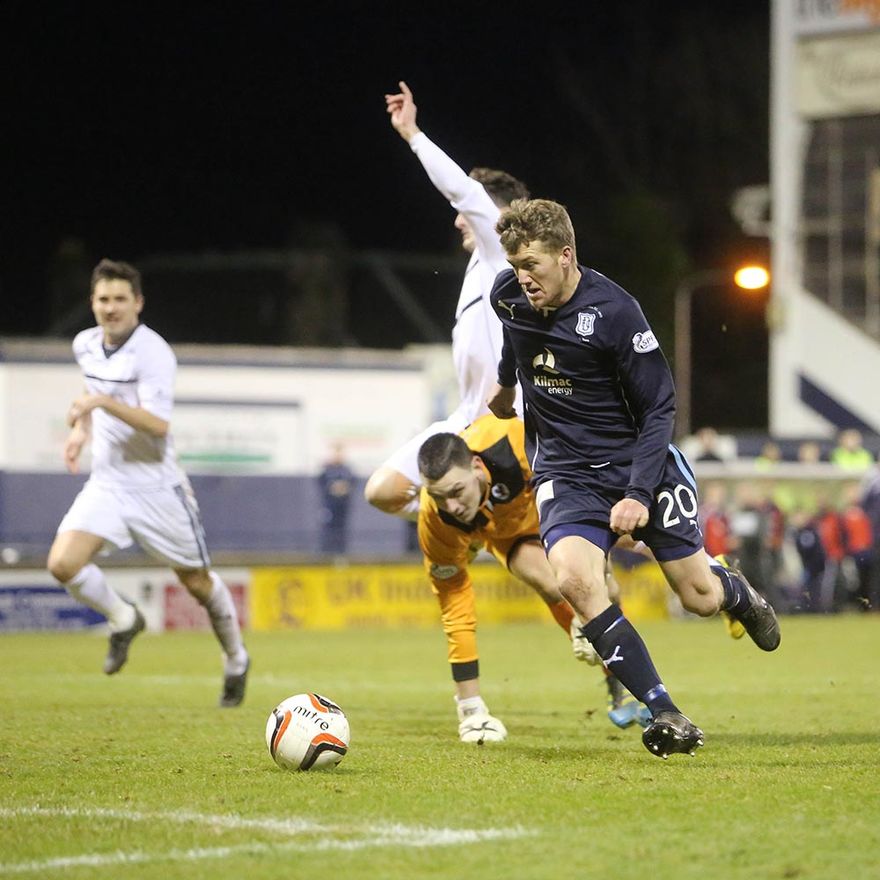 Dundee take on Raith Rovers in the Scottish League Cup at Dens on Tuesday (26th August) and it’s likely to be an interesting evening as Ryan Conroy and Christian Nade, both of whom were heroes at times during the SPFL Championship winning campaign, return to Dens to face their former club, as does Mark Stewart who was in the Dundee squad last time we were in the Premier League.

FORM
Dundee beat Peterhead in the last round of the cup with Simon Ferry, Greg Stewart, Luka Tankulic and Peter MacDonald scoring in a 4-0 win over the SPFL League One side.

Since then the Dee have gone on to a four game unbeaten start to the SPFL Premiership, with MacDonald scoring the only goal of the game as they won at St Mirren Park on Saturday.

Rovers meanwhile, have had a decent, but mixed bag of a start to the season, currently sitting fourth in the Championship after a weekend defeat to Hearts, they lost to local rivals Dunfermline in the Petrofac Training Cup but beat Forfar Athletic after extra time to progress to this stage of the League Cup.

TEAM NEWS
Kevin Thomson could return for Dundee, but there are doubts about Simon Ferry, who pulled up in the warm up on Saturday at St Mirren Park and Kevin McBride who returned to action as Ferry’s replacement at the weekend but went off after an hour or so.

PRICES
Admission prices for the match, which kicks off at Dens at 7.45pm are £15 for adults and £5 for concessions.

Raith fans are in the Bob Shankly Stand.

Season tickets are not valid and all stands are Pay at the Gate.

OUR ONLINE COVERAGE
Dundee FC Live will be brought to you direct from the Club’s official website – www.dundeefc.co.uk/live

We’ll also have live text updates to keep you up to date direct from Dens – just return to the offical site www.dundeefc.co.uk approaching kick off to access our updates.