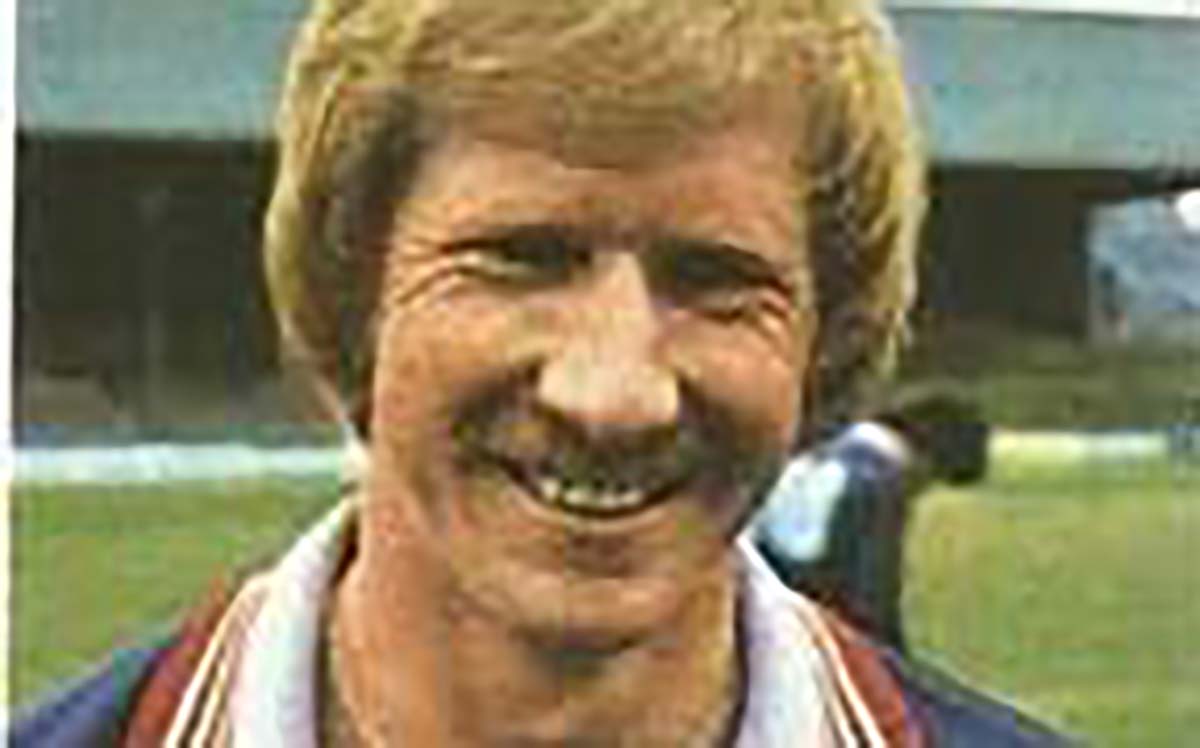 Dundee travel to Lanarkshire this weekend to take on Motherwell in the first post split game and so we take a look at a player who played for both clubs, Peter Millar.

Peter was signed for Dundee by manager Tommy Gemmell from Motherwell on a free transfer in March 1979 in an attempt to bolster his squad for the promotion run-in and he played sixteen times as Dundee won the First Division title and a return to the Premier Division after a three years absence.

Back in the top tier the robust defender played 33 times, including in the famous 5-1 win over Celtic at Dens in April 1980 and was man of the match in a 3-1 home win over Rangers in November. His two goals for Dundee came in that 1979/80 season and were just seven days apart in a 2-1 home win over Hibs on November 3rd and the first in a 3-2 win away to Partick the following week.

Peter was born in Wishaw on April 21st 1951 and he started his senior career with Arbroath before making a £12,000 move to Dunfermline and after two years as a regular at East End Park, signed for Motherwell in the summer of 1972 where his performances became legendary.

Peter was capable of playing in either defence or midfield and earned a reputation for as a tough tackling, no nonsense player and soon went on to establish himself in the starting eleven as a tough tackling midfielder alongside guys like Stewart McLaren, Willie Watson and Gregor Stevens.

This was a quartet who had a reputation, as the old saying goes, for “kicking their granny” to get to the ball. It was this tough tackling that built a platform for the ball players like Vic Davidson and Peter Marinello.

Millar was the man that the managers he played under at Fir Park, Bobby Howitt, Ian St. John and Willie McLean, would ask to stop the opposition’s best player from performing, including the likes of Kenny Dalglish at Celtic who suffered many a bruising encounter with the physical Millar.

He played a major role in the 1970s side as helped them qualify for the first ever season of the Premier Division and reached two Scottish Cup Semi Finals. It was a side that promised so much but, unfortunately, in the end never actually delivered a big prize and the two semi-finals, against Rangers and Airdrie, ended in controversial defeats that are still talked about to this day in Lanarkshire.

Millar’s performances in Claret and Amber were rewarded with one appearance for his country, at Scottish League level in 1974, when he lined up against the English Football League. Sadly the result was a five-nil defeat for the Scots, with Denis Tueart, Trevor Brooking, Stan Bowles and Colin Bell scoring for England.

With Motherwell lurching towards relegation under Ally McLeod, Millar followed team mate Stewart McLaren to Dens and made his debut in a 2-0 win at Montrose

Peter left Dundee after they were relegated in May 1980 and had a short spell in the United States before returning to Scotland to take up a career in the Civil Service. He was also involved in the Motherwell’s Youth Development programme for a spell, working as a coach and also managed in the Juniors.

In total he played 49 times for the Dee scoring twice and sadly passed in 2013, away aged 62 after suffering from a brain tumor.