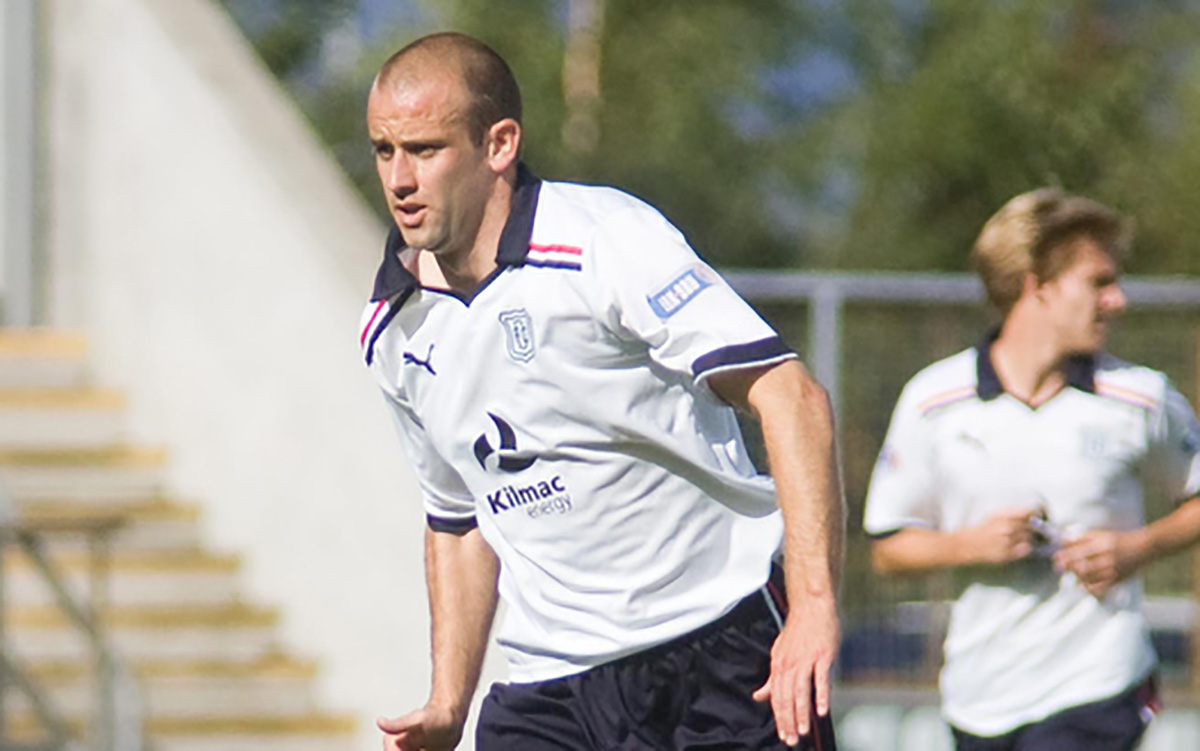 Dundee host Inverness Caledonian at Dens Park this Saturday and so we take a look at a player who played for both clubs, Graham Bayne.

Born in Arbroath on August 22nd 1979, Bayne started his football career with Dundee, coming through the youth ranks at Dens and made his first team debut as a substitute against St Mirren on August 19th 1997, replacing Jerry O’Driscoll. He came off the bench again on the last game of the season at home to Stirling Albion and made a further two substitute appearances the following season as Dundee won the First Division title and promotion into the inaugural SPL.

Bayne came off the bench twice more in the Premier League against Dunfermline and St Johnstone in the last two games of the season as Dundee finished fifth; their joint highest league placing since winning the League flag in 1962.

To get regular first team football however it became obvious that Bayne might have to look elsewhere, especially when new manager Ivano Bonetti brought in strikers such as Fabian Caballero, Juan Sara and Claudio Caniggia and in December 2000 he joined his home town team Raith Rovers on loan.

At the end of the season he left Dens permanently to sign for Arbroath and after 5 goals in 36 appearances joined Ross County after just 12 months at Gayfield. Bayne remained at Victoria Park for two seasons where he scored 11 goals in 64 appearances.

In the summer of 2004 Bayne moved to County’s Highland rivals Inverness Caledonian Thistle who had been newly promoted into the SPL and he made his Caley Jags debut in their first ever top flight match away at Livingston.

In October Bayne would come back to haunt Dundee and score his first Inverness goal against the Dark Blues in a 2-1 win at Pittodrie where the Highlanders were playing their home games while their stadium was being upgraded to meet SPL criteria. He would go on to score a further five goals as Inverness maintained their top flight status at the expense of Dundee against whom he faced a further three times that campaign at both Dens and their revamped Tulloch Caledonian Stadium.

Bayne stayed a further three years in the Highlands before signing for Dunfermline for £30,000 and he did so after a total of 19 goals in 133 ICT appearances.

Although proving to be a success with the Pars, he was allowed to leave when his contract expired in the summer of 2010. He had gone through injury turmoil at East End Park after suffering from tendon trouble in his foot and after an operation to cure his condition of plantar fasciitis failed, he was told to rest and simply hope the pain receded.

Whilst doing so, Bayne had been working with the media but felt he had rested sufficiently for the problem to heal and was able to answer the call from his former captain Barry Smith to turn out for his first club Dundee in March 2011.

Dundee had lurched into administration for a second time the previous October and had not only been deducted 25 points by the Scottish League but also given a transfer embargo. Manager Barry Smith however had cleverly used the trialist system by bringing in a number of free agents, retired players and players from the Junior ranks to bolster his depleted squad.

Smith had already brought in former Dees Stephen Robb and Neil McCann to play three games allowed as trialist and Bayne came off the bench for Johnny Stewart against Partick at Firhill on March 5th 2011. Dundee’s latest trialist had swapped the press box for the football pitch and he couldn’t have been happier after an injury hell that had last seen him play on December 5th 2009 for Dunfermline against Ayr United

Bayne started the next game away at relegation rivals Cowdenbeath three days later and it was a historic night as the Dark Blues’ 3-1 win was their nineteenth unbeaten game in the league, equaling the club record set by the League Championship winning squad of 1961/62.

Bayne was a Dee-Fiant hero and he was rewarded for his loyalty and turning out for his first club for free in their hour of need with a one year contact once the Dark Blues were out of administration in the summer. He would make 20 appearances in the 2011/12 season as The Dee finished second and at the end of the campaign he left Dens for a third and final time, gave up full time professional to become a firefighter.

The following January Bayne signed a short term contract with Highland League side, Wick Academy and when he came on as a substitute against Turriff United, he marked his debut by scoring within 5 minutes of his introduction.

Bayne marked his 300th competitive appearance with a late goal in the 4–0 win at struggling Lossiemouth the following week in his second and final appearance for Wick and returned to the SFL when he then signed for Arbroath.

A double on his second Red Litchies debut saw his new side defeat Angus rivals Forfar Athletic but left at the end of the season to join Elgin City as player / assistant manager to his friend and former team-mate Barry Wilson.

One final postscript to Bayne’s Dundee career is a bizarre one where he was entrusted by CEO Scot Gardiner with delivering Dundee’s formal application to the Scottish Premier League on March 31st 2012. Clubs who wished to seek promotion into the SPL had to hand in an apply and pay an administration fee and with Dundee well behind Ross County in the First Division title race, it was discussed by the board whether to bother with the application and save the £5000.

In the end however it was decided at the last minute to hand the application in at Hampden and Bayne was entrusted with delivering it to the National Stadium. Leaving mid-afternoon the striker, not renowned for his pace, made it to the SPL offices with just 35 minutes to spare with the directors nervously looking at their watches and waiting for his call and in the end it turned out to be the correct decision and perhaps the best five grand the club had ever spent.

With Rangers liquidated at the end of the season and club reformed under a new company, they were placed in the Scottish League Third Division with the runners-up in each division being promoted. Dundee had finished second in the First Division and were promoted into the SPL to take over the infamous ‘Club 12’ fixtures and had Bayne not put his foot down on his way through to Glasgow, the Dark Blues may not have been promoted to the SPL in 2012! 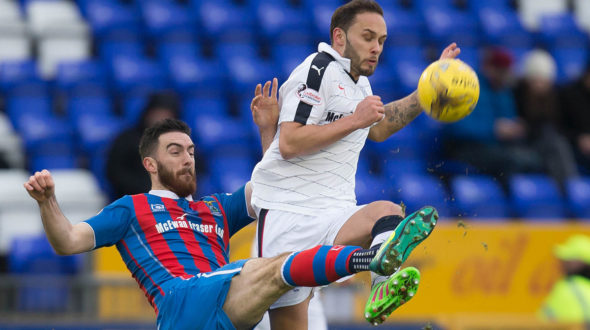 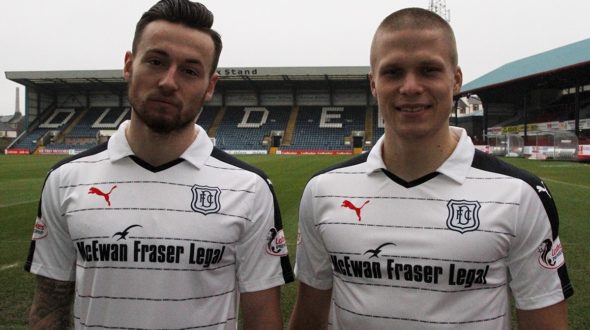 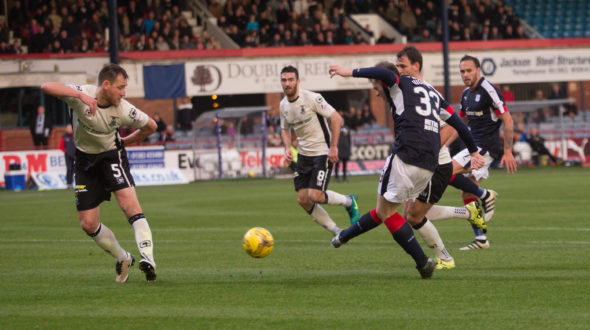