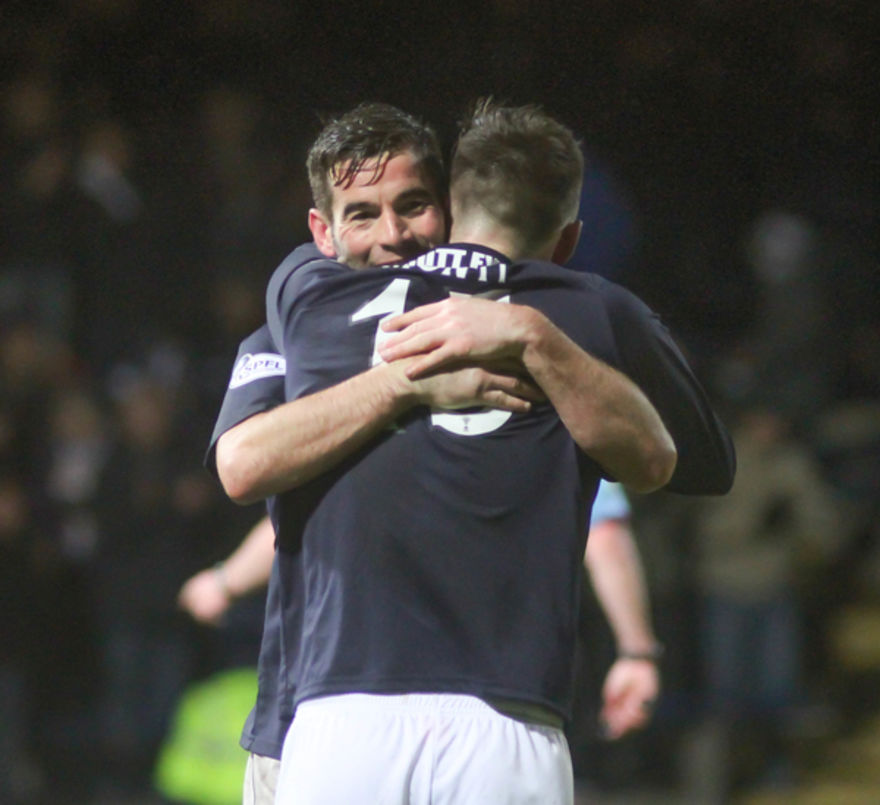 Three second half goals kept Dundee two points clear at the top of the Championship against a Dumbarton side who proved difficult opponents.

Indeed the Sons could have been ahead at the interval – Declan Gallagher clearing off the line midway through the first half when Garry Fleming thought he had scored.

Dundee struck quickly after the break to take the lead, MacDonald’s angled drive finding the net.

Dumbarton thought they had equalised quickly but referee Brian Colvin didn’t think that Bryan Prunty’s close range effort had crossed the goal-line – on first viewing it looked harsh on the visitors.

The Dark Blues extended their lead via a Kevin McBride 25 yard screamer with eight minutes left and as the game entered the last minute MacDonald completed the scoring sweeping home a Carlo Monti cross.