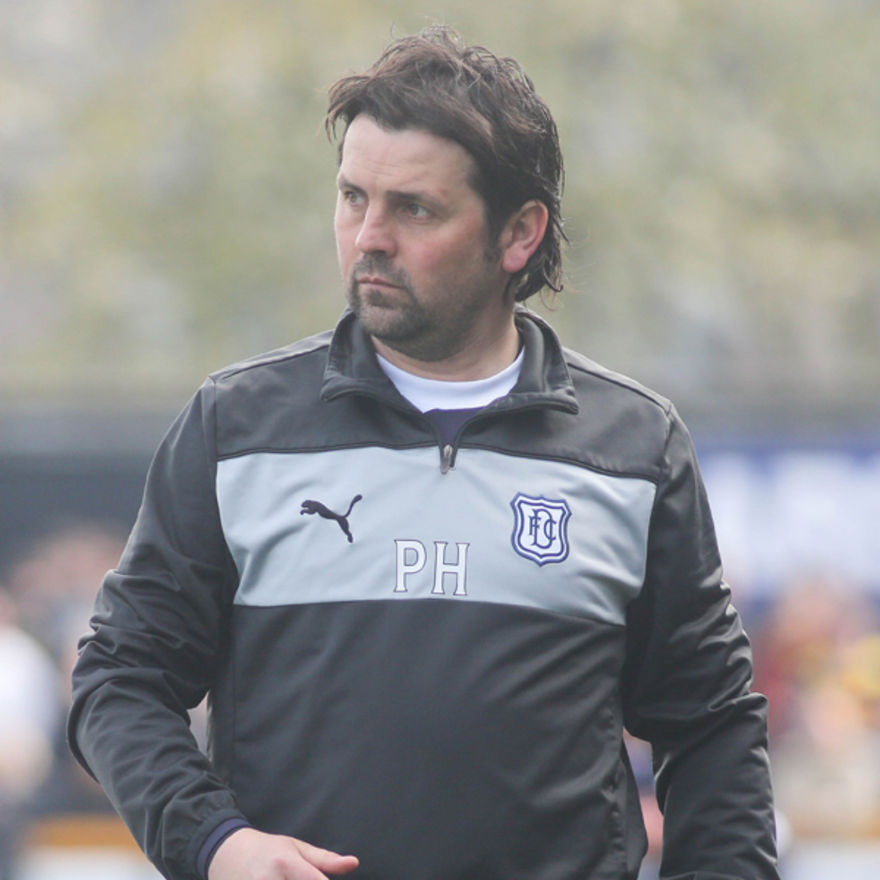 As focused as ever on the job in hand manager Paul Hartley when asked if it was a dream day for his team praised how his boys dealt with Alloa. “3 points, that’s what we set out to do, just to try and take it into the last game and we managed to do that. The results went our way but it was a good professional performance from the team, I thought they were outstanding.”

After a shaky start Dundee took a grip of the match showing little sign of the pressure of the penultimate match that put them right back in the running. “I thought Alloa started probably the better team and had a good chance, but once we got the goal we really dominated the play and used the ball well. Some good performances today but as a team it was a great team performance because there was high pressure on the players today, but they really coped with it. I’m really proud of the players.

“We just told them to keep their nerve and try to go and play and try and win the game, take it into the last game if the season. Who knows what can happen elsewhere. We are only controlling what we can do. I thought they did well and gave the 2 centre backs a hard time. I’m pleased that the 3 strikers got their goals today which is always pleasing.”

Talking about the constant changes at the top of the league the manager highlighted the importance of entertainment in the Scottish game. “I think it’s good for the neutral. For a manager it’s totally different but it’s exciting and it makes Scottish football exciting again. We’ve been crying out for this for a long time now and finally we’ve got that with the playoffs and relegations. I thought our players were outstanding today. It’s just about discipline and preparation leading up to the game next week.”

“Hopefully they’ll stay up but our concentration and focus is on what we do next week” Paul said, talking of former club Alloa when asked if a soft spot for them meant he’d like to see them avoid the drop. “That’s the beauty of the playoffs but as I say we are only focused on what we do. That’s my main concern is getting the players right for a big game next Saturday. It’s a high pressure game but it’s how the players will cope with it. We’ll have a good week ahead and we had a good week leading up to this game. We’ll try and do that again, we’ll keep them relaxed and go and play and see what happens.”

Asked by the press about the incredible backing of over 2000 Dundee fans at Alloa he told us, “They’ve been like that all season, they were fantastic. We’ll get a full house next week. It’s in our hands again, it’s a lot of twists and turns and we said that last week. We were feeling so down and sorry for ourselves. A lot can happen in a week in football and I thought it was a good win today.”