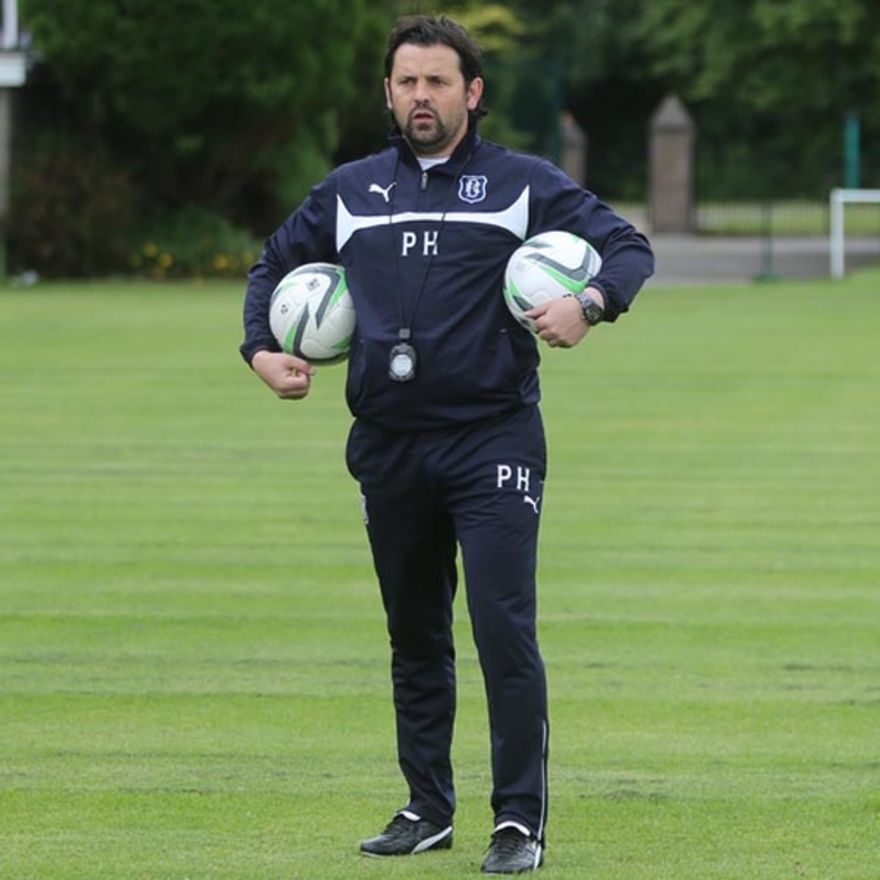 The players returned for pre-season training at the end of last week and we sat down with manager Paul Hartley to discuss all things pre-season after he had put the squad through a triple session on Friday.

Asked how the players looked, he told us, “Good, they have come back in a good condition, trained well, they are looking fit so I’m pleased with the group of players who have reported back.”

“We gave the players a programme over the summer, we’ve also got some new players in so spirits are good. They’ve come back in good shape and they have 4 or 5 weeks to get themselves prepared mentally and physically for the coming ten months. I’ve been delighted the efforts so far.”

Friday was the first proper session but Thursday saw the players report to the clubs indoor facility at Manhattan Works for fitness tests ahead of the pre-season work. Paul told us the benefits of these tests, “Just having a gauge to where they are, the fitness levels. We’ll retest them again in four weeks time, it’s having a look at the speed tests, the agility, yo-yo tests, their endurance, I think thats the important thing, seeing what players are at what level, but the condition they have come back in has been terrific.”

The squad fly out to Hungary next Thursday for a week long training camp. Paul has already been over to view the facilitates and told us the purpose of the trip, he told us, “It’s a good training camp, the facilities, good weather, just to get the players together. The new players, gel them as quickly as we can, working the team shape, still building towards the fitness side of it. It will be hard work, the seven days will be tough. Triple sessions in there every day. The players are going to a fantastic facility, I’ve been over myself.”

Asked if the players are likely to see any game time in Hungary, Paul said, “There will be no matches, the whole purpose was the get the players together, the amount of players we have brought in, to try gel them as quickly as possible, get to know each other, different personalities so it’ll be a good working week.”

The matches already scheduled see a mix of opposition starting with English Premiership Champions, Manchester City coming to Dens, the manager explained it’s not about results for him at this stage, “I just think we’ve got to get a good opposition, a good test for the players, pre-season results are not really important, the performances are more important, it’s getting your fitness and sharpness back, so I don’t tend to read to much into the results.”

“We’ve got some cracking games, Man City, Brechin, Hearts and Morecambe, we’ll hopefully try get another one before the first competitive game.”

Alongside Paul on the training ground on Friday morning and afternoon was new assistant manager Gerry McCabe, Paul said of Gerry, “I’ve known him for 20 odd years, he was one of my coaches at Hamilton. He’s got a vast amount of experience and he’ll be a terrific number two for us.”

“He took a lot of the training today so I’m looking forward to working with him, the players will enjoy it, we are trying to make the staff as strong as possible, I think it’s important for me.”

Eight new additions to the squad so far, Paul explained that the work began on building the squad well before the end of last season, he said, “I think we always looked at it, probably 3, 4, 5 weeks before the end of the season, we were making contact with people, see who was available, see what the price range was. Just trying to build a strong squad to be competitive in the league.”

The players who have come in have seen a mix of youth and experience through the door at Dens, it’s left Paul happy with the squad so far, but there is still more to come, he told us, “We’ve got some good experienced players, we’ve got a lot of youth, I like the look of the squad, they look hungry, they look like they’ve got a lot of pace about them, good movement, I’m pretty pleased with the squad but we’re not finished yet.”

“I still think we’re a bit short in certain areas of the park, probably need to look at a couple of centre halves, possible a left sided player and probably two number nines.”

The SPFL Premiership fixtures were announced last week and even this early, Paul and his team are already planning for day one of the season, “Yeah it’s a good start for us. We’ll take it a game at a time, I know that’s an old cliche but Kilmarnock will be the most important game for us. We’ve done our homework on them already, we’ve looked at some footage of them, I’ve got some match reports from last year so we know a wee bit about them. They’re changing they’re squad also, there will be a few players going in an out of the club but it’s important we are ready for the first game.

Finally we asked about the managers aim for next season, “To finish as high as possible, to try do our best. We are new into the league and we’ve got a new group of players so it might take a little bit of time to gel but hopefully we’ll hit the ground running.”