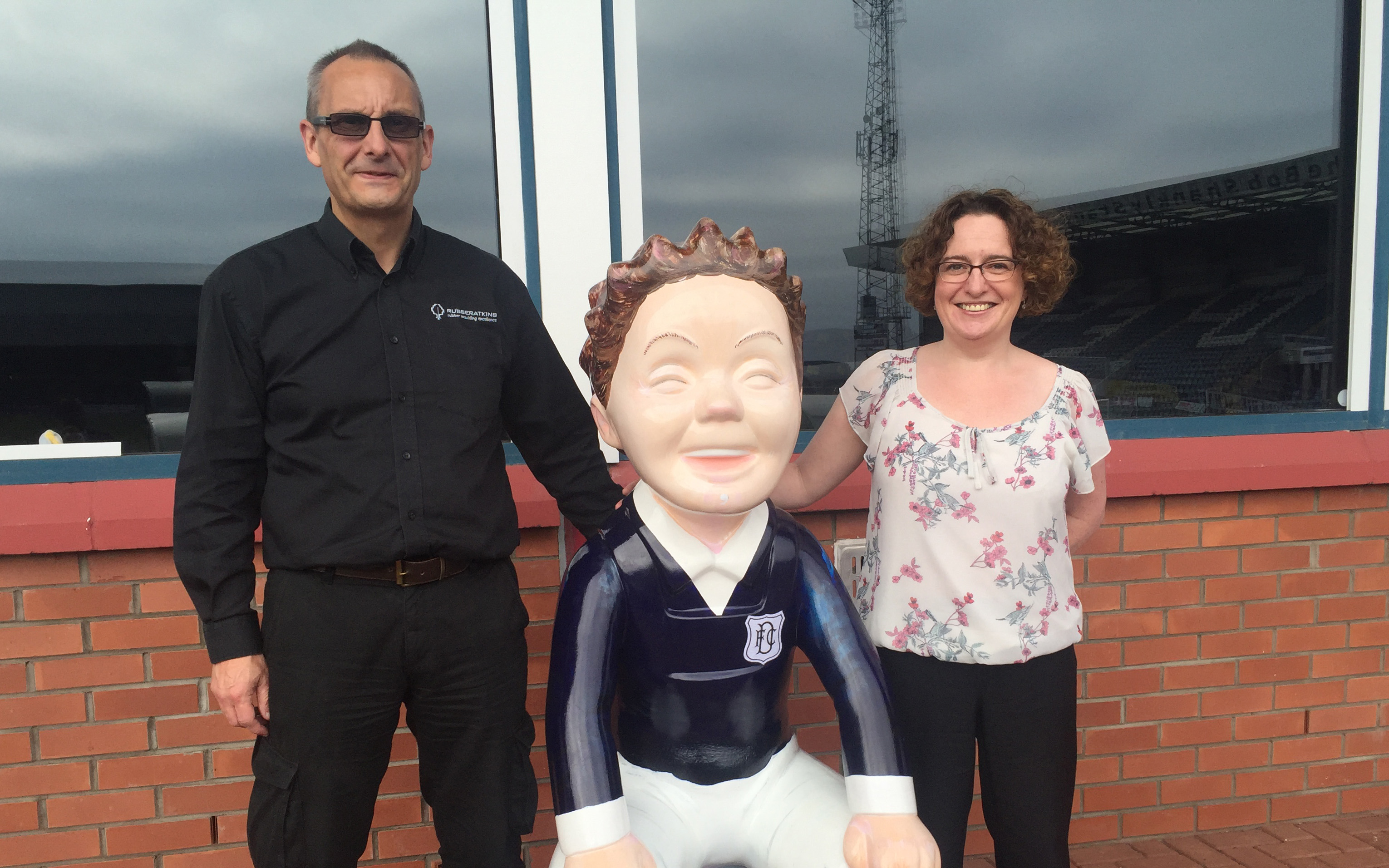 On Wednesday afternoon this week we welcomed Oor Bobby home.

Tuesday saw a charity auction of 70 individually designed Oor Wullie sculptures raised an incredible £883,000. The bespoke Oor Wullies, which have been displayed around the city for the past few months, were auctioned off to raise funds for the Archie Foundation

The Club launched ‘Oor Bobby!’ In memory of our legendary Championship winning skipper, Bobby Cox, in June when our customised version for the Oor Wullie Bucket Trail was revealed. The sculpture has Cox 3 on the back and scenes from the 1962 title winning squad are featured on the bucket.

We teamed up with local games based learning company TPLD to help support the Archie Foundation and is very grateful to the Garty family, long-time supporters of Dundee FC, for all their efforts. Mike Garty of TPLD has helped with the sponsorship, and his daughter Nina has both designed and decorated the Official Dundee FC Oor Bobby!

It was then onto the Overgate Centre for Bobby, and he proved to be one of the most popular destinations on the Oor Wullie Bucket Trail.

Hundreds of supporters shared photos of themselves with Bobby during his stay in the Overgate which ended a short time ago when he was moved to be displayed along with the other Wullie ahead of Tuesday’s auction.

The auction was a roaring success with just short of £900,000 being raised for the worthy cause. Dundee FC Supporters Society put a call out to supporters to assist with fund raising prior to the event and Fans Rep Brian Lawrence took on the nerve-racking task of being in the room on the night.

Thankfully Brian came out with the winning bid of £12,000 and the following day arrived at Dens along with Bobby to deliver him to Dens.

He currently sits proudly this afternoon behind the dugouts but will be shortly moved to the club shop for all to see.

Some fantastic work was put into this project, particularly from Verity in the Commercial Department in getting the club involved in the Bucket Trail right through to his delivery ‘home’.

The Club would also like to thank Brian Lawrence and Bob Hynd from the Dundee FC Supporters Society for their efforts in this project.

Look out for more details of Bobby’s whereabouts and be sure to send the club your pictures on social media if you manage to get a snap with him. 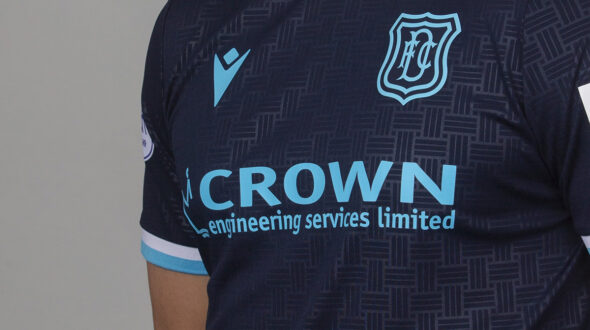