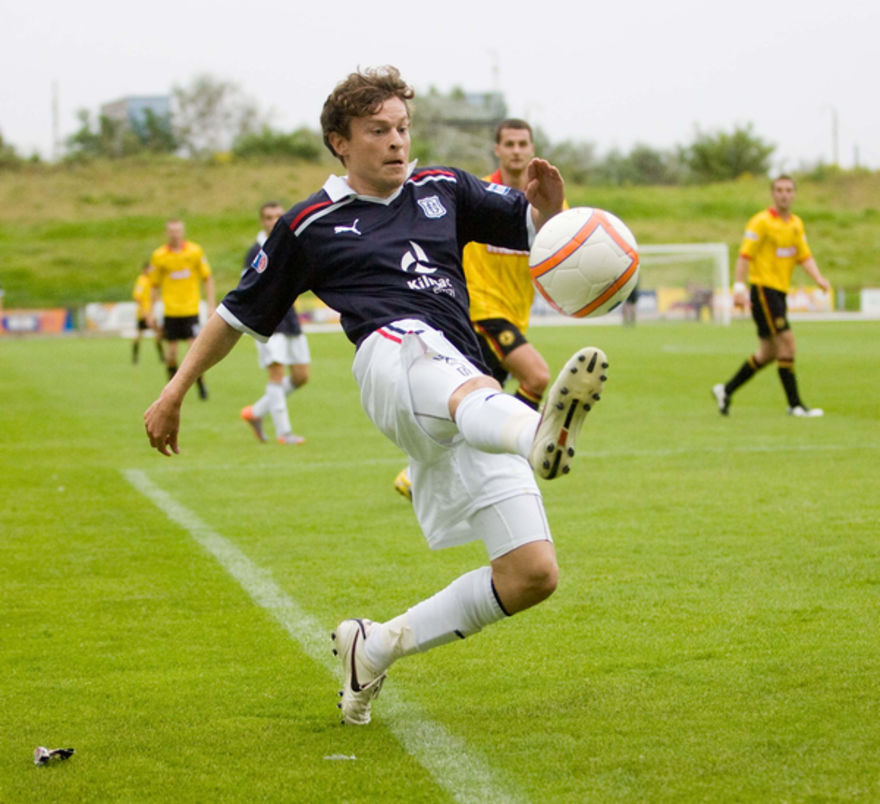 Dundee can confirm this afternoon that Nicky Riley has left the club by mutual consent.

Nicky has been at Dens since 2010 and was part of the famous ‘Dee-fiant’ team who overcame the odds to stay in the Scottish First Division despite receiving a 25 point penalty .

Last season, he featured 31 times for the team as they clinched the SPFL Championship title.

He joined the club in 2010 under the management of Gordon Chisholm and was a major part of the side who went on an incredible 23 match unbeaten run to keep the club in the first division. Nicky scored three times in the campaign, against Falkirk, Ross County and Cowdenbeath.

In his short time with the club Nicky had become a fan favourite and the following season impressed with performances as the side finished 2nd and was promoted to the top flight. Nicky was award Played of the Month for November and was included in the PFA Scotland First Division Team of the Year.

During the season back in the SPL, he scored his first goal of the season away to Motherwell in November. He turned out 30 times for Dundee with his only other goal of the campaign coming in defeat away to Inverness.

In the Championship winning season of 2013/14, Nicky featured 31 times for the team, including the final 10 minutes of the dramatic title clinching afternoon at Dens on May 3rd.

This season, Nicky has spent time on loan with Peterhead.

The club would like to wish Nicky all the best in the future and thank him for his efforts over the years.