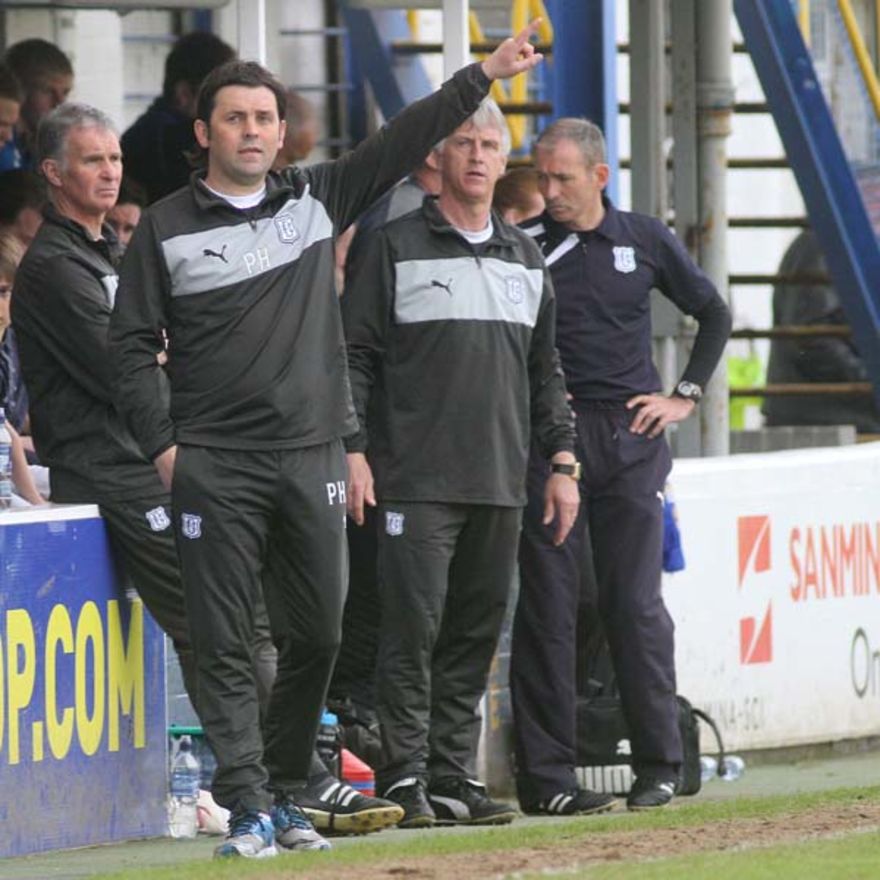 Paul Hartley was disappointed to see his team come away with no points from Cappielow as Dundee went down 1-0 to Morton. The manager spoke to the press post match and reflected on missed chances. “We had enough chances to win it, we had clear cut opportunities and we didn’t take our chance. You’re vulnerable sometimes to the opposition getting one chance and finishing it, which they did. I’m bitterly disappointed.

Feeling that his players were not short on effort, the manager’s disappointment came from not turning the chances into points. “I’m thankful to the the players for their effort – I thought they played some good football at times and always looked a threat but we had some real opportunities and we didn’t take them.”

Not giving up on his team or the title yet Paul wants the team to look to challenging again next week. “We’ve got to dust ourselves down and give it a go next week. It’s still all to play for. It’s still there to be won. All we can try to do is win our next 2 games and see where it takes us. We know that we are having to chase now, sometimes it’s not a bad thing but we have to be positive all week and get the players ready again.”

Reminded that league leaders Hamilton have 2 very difficult games coming up Paul said, “They have but we just have to try and make sure we win our next 2 games. We go to Alloa next week so it’s another difficult game. We have to be positive and try to win it. We’ll see what happens over the next 2 games.”

Talking about the constant changes at the top of the league Dundee’s manager again wanted to focus on his side. “It has been like that all season. It’s been exciting, so what we have to do is try and regroup again, take the positives from today’s game and ready to go again next week.”