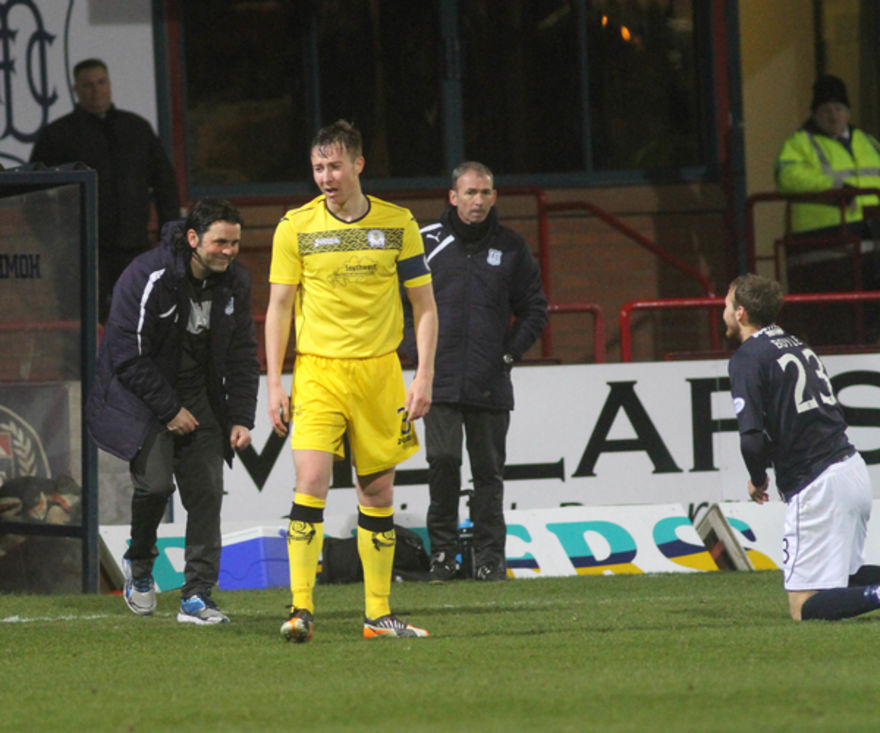 We spoke to manager Paul Hartley following his side’s victory over Queen of the South on Tuesday night, he was delighted with the three points and the second half performance, he told us, “Thought the players were excellent tonight. Outstanding in second half. We dominated it and played some good football. Had chances and another clean sheet which was impressive again.”

It was clear to see Dundee had more urgency about their play from the off and Paul explained, “We wanted to get the crowd behind us. We had to be on the front foot, we did that. We tried to get in behind them and had a really good chance early in the game. We had a good spell for 20 minutes and let them come back into it. We stressed to the players at half time that it was a big 45 minutes for them and they responded very well.”

The Dundee support were right behind their team and the players reacted positively to that on the park, the manager pointed out they have a big part to play and had done it during the 90 minutes. “The fans were great tonight. We have six games left so they could be a 12th man for us. I thought the players were excellent, they went about their business in a good manner and it was a great three points for us.”

On loan defender Adam Cummins made his Dundee debut and slotted into the defence which has such a good record since Paul arrived and helped them to another clean sheet. Paul said, “I thought Adam did well. A solid debut, he won his headers, won his tackles, he did his job. He defended well and it’s another clean sheet. We’ve had 7 out of the 8 games since we’ve been in charge as clean sheets so it’s a record to be proud of.”