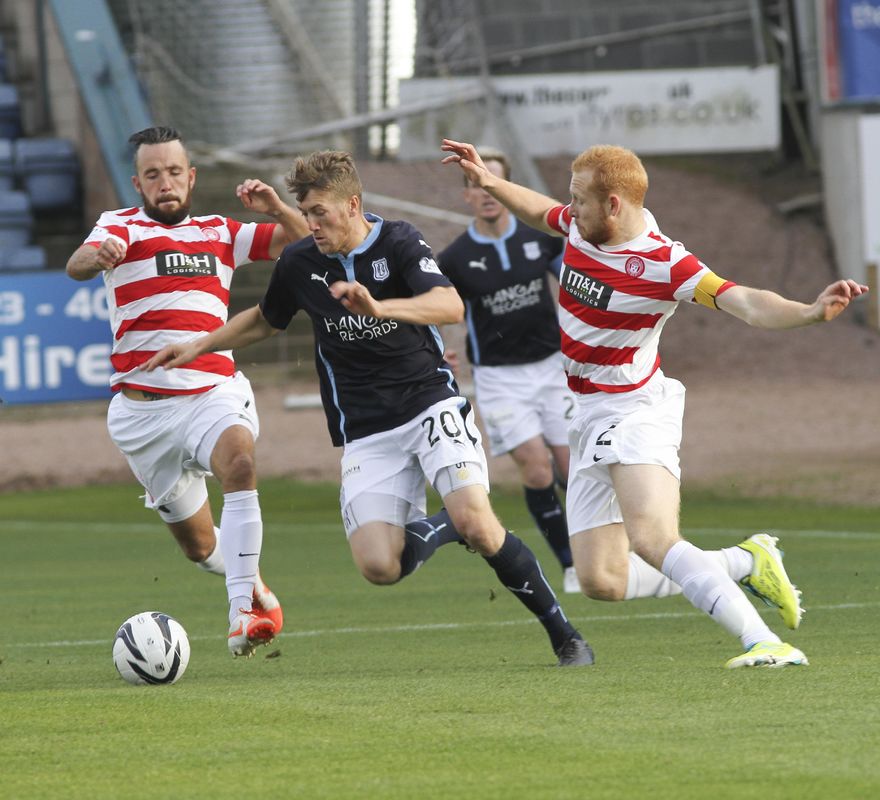 This weekend sees us welcome Hamilton to Dens Park for the third meeting of the sides this season. So far both sides have a win each with Dundee winning 2-0 at Dens back in October and Hamilton coming out 2-1 winners in December.

It’s been all change at Accies since our last meeting with boss Alex Neil leaving to join English Championship side Norwich City and Martin Canning replacing him in the hot seat.

Canning was placed in charge on a caretaker basis to begin with and after three games he was given the job on a full time basis. The three games were all defeats for Accies and his first game in charge as permanent boss also ended with a loss last weekend against Inverness Caley Thistle.

Dundee are currently on a run of five unbeaten with three of those being victories. Wins against Kilmarnock and St. Mirren last week see Dundee come into the match high on confidence.

Paul Hartley has injury concerns over Paul McGinn who has missed out on recent games due to a back injury. Iain Davidson left the pitch late on at St. Mirren with a deep cut on his foot and will miss out, while Gary Harkins and Simon Ferry are also doubts.

The Bob Shankly Stand will be closed for this match.

Tickets can be bought from the ticket office, by phone till 5pm on Friday, or via the website at www.dundeefc.co.uk then click on “TICKETS” till 10am on the matchday

Dundee FC Live will be brought to you direct from the club’s official website – www.dundeefc.co.uk/live