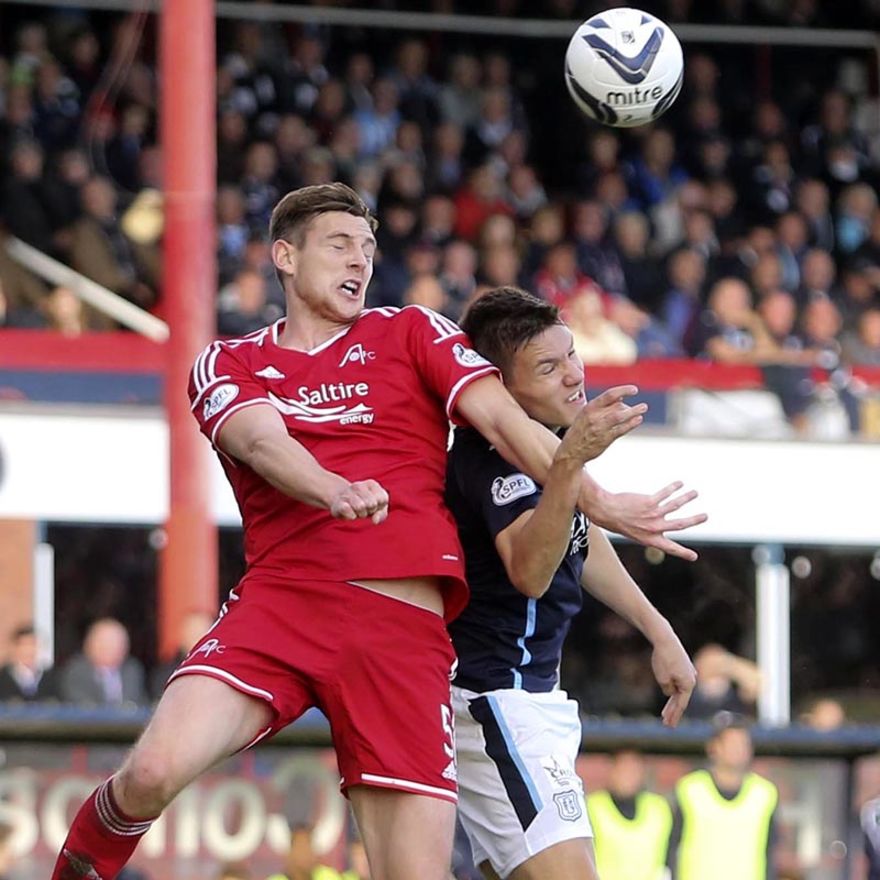 Aberdeen visit Dens this Saturday in the fourth round of the William Hill Scottish Cup, the all ticket match is an early (12.15pm) kick off and is being televised live by BBC Scotland.

The Dons have already been to Dens once this season, and went home with the points from a pulsating encounter. The Dons took the lead three times through Andrew Considine, a James McPake own goal and David Goodwillie. Dundee pulled themselves back into the match twice with goals from Gary Harkins and a David Clarkson penalty, but couldn’t get a third equaliser.

3-2 to the men from the Granite City was also the score when Aberdeen were last at the stadium in the Scottish Cup, that coming in a January 2004 replay after the sides had drawn 0-0 at Pittodrie a week dn half earlier.

The sides also met the previous season when goals from Steve Lovell and Nacho Novo earned Dundee a place in the next round, the Dark Blues going on to reach the final at the end of that campaign.

Dundee have a doubt over Greg Stewart, after the striker picked up a knock in the match at Celtic Park last weekend, while Aberdeen are missing Willie Flood and may be without Barry Robson.

SUPPORTERS INFORMATION
Fans are reminded that this Saturday’s William Hill Scottish Cup tie with Aberdeen is all ticket.

The ticket office will be open 10-5 today (Friday) and from 9am on Saturday.

The Penman lounge will not be open this Saturday.

Prices as follows:
All areas in the ground are £25 for Adults and £15 for concessions
Concessions are:- Under 16’s, Over 65’s and Students with a valid matriculation card.

OUR ONLINE COVERAGE
Fans outside of the UK can watch Dundee v Aberdeen live for just £5. ‘Dundee FC Live’ is the club’s live match streaming service and you can find out more about it at www.dundeefc.co.uk/live.