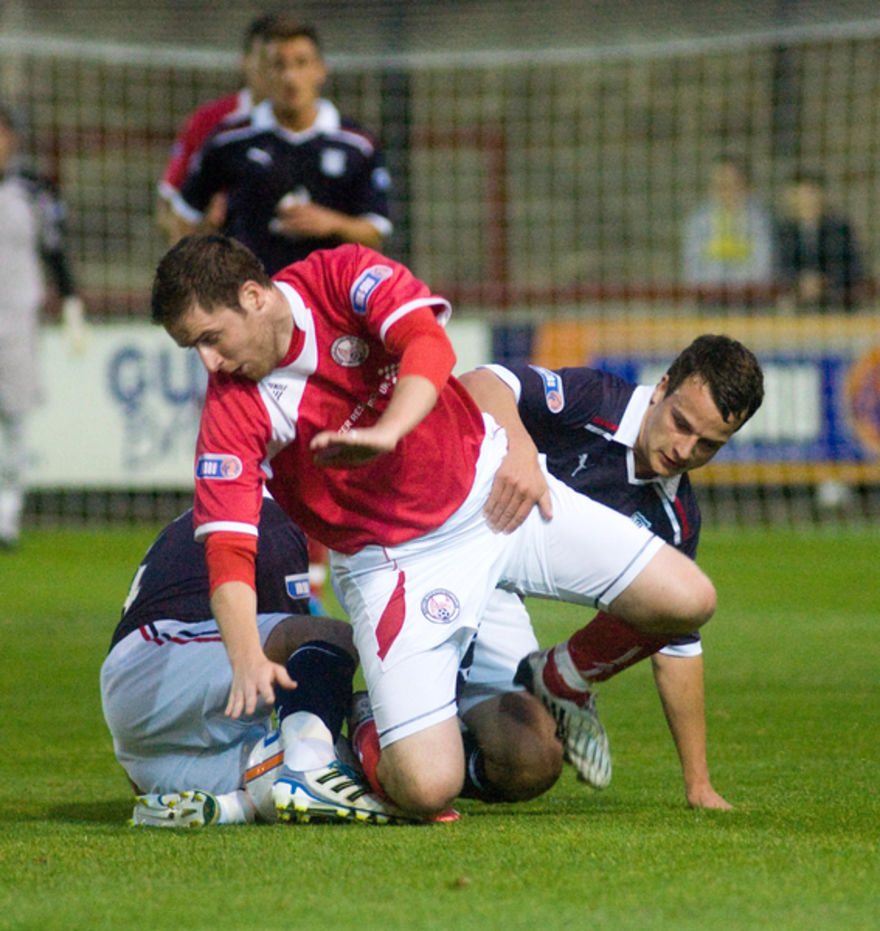 Dundee are back in action tonight (Wednesday) as they take on Brechin City in the second pre-season match of the campaign.

The match takes place at Glebe Park with a 7.45pm kick off.

Paul Hartley’s squad started their build up to the 2014/15 Premiership season on Sunday afternoon with a 2-0 victory over English champions Manchester City.

In typical pre-season fashion the match saw a number of players used from the bench and Wednesday’s trip to Brechin is likely to offer up the same.

Three players who missed out with slight knocks were Simon Ferry, Paul McGowan and Kyle Letheren. At this stage the manager isn’t willing to risk anyone and told us after the match, “Hopefully they’ll train Tuesday so they’ll be available for selection for Wednesday. Kyle’s fine, I just didn’t want to risk him. I don’t want to risk anybody just now.”

The match will be the first time the sides have met since a midseason friendly in 2011 when Dundee won 2-1 with defenders Neil McGregor and Craig McKeown both on the scoresheet.

We’ll have live text updates available direct from the ground this evening, just revisit the home page of the site.

Gold members will be able to watch highlights and exclusive interviews on DFCTV shortly after the match.