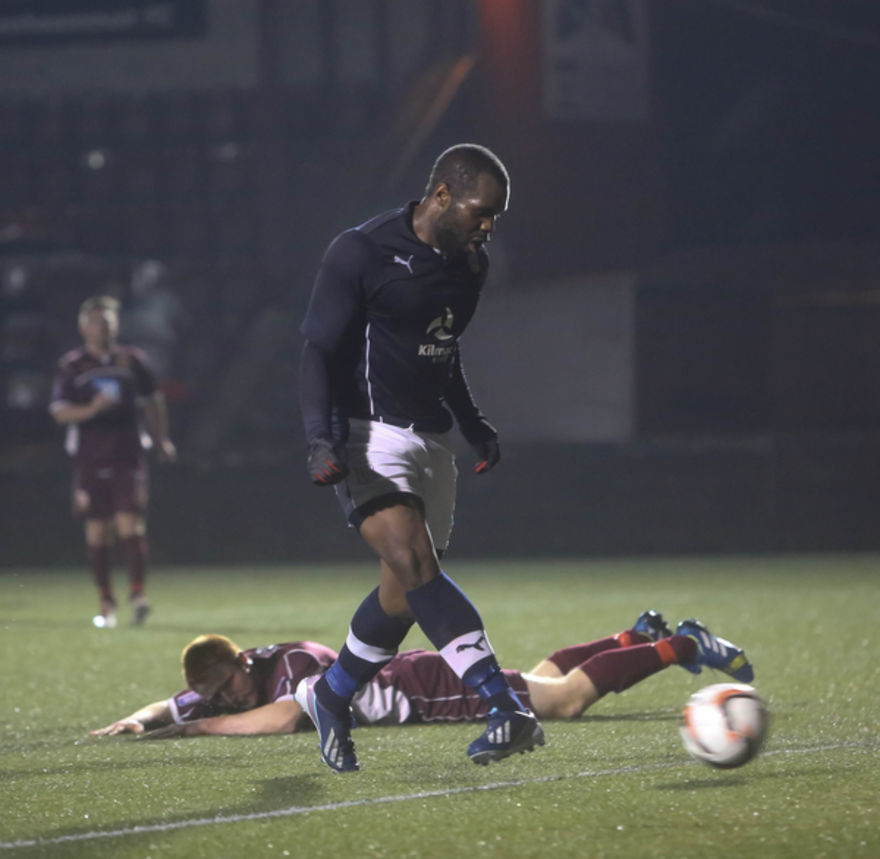 NADE AT THE DOUBLE

Christian Nade struck his first goals for the club as Gavin Rae’s Reserves got off to a winning start in the SPFL Reserve League Cup.

It was a strong Dundee line up with a mix of youth and experience which travelled to take on Stenhousemuir. Matt Lockwood and Adam Cummins formed a solid central defensive pairing with captain Cammy Kerr at right back and Ben Sivewright on the left of the back four.

In midfield, Carlo Monti and Thomas Carberry were alongside Sean Bonnett-Johnson and Stephen Hughes with Wighton in behind Nade up front.

The match started with Nade firing across the face of goal and wide with the first effort of the night for Dundee. Rae’s reserves tried to push on but had to be careful with the home side looking to get at them on the break.

Twardzik was forced into a save before Nade again tested the Stenny goal, this time with a neat turn and shot on target.

Just after the half hour mark – Dundee had their best chance. Sivewright was played in on the left by Monti and but for a finger tip save would have put Dundee in front.

Dundee seemed to be taking control but it was the home side who took the lead after 42 minutes. A free kick from the right was headed home by Ross McNeil.

Stenny were unable to hold out until half time as Nade was played in and after his first effort was blocked it fell kindly back at his feet and he slotted home for his first goal for the club.

After the break, Dundee took the lead with the first real attack. Nade was again on the scoresheet – this time tapping into an empty net after good work from Wighton. From that point on Dundee took complete control. Manager Paul Hartley was alongside Gavin Rae in the dugout and with both encouraged the side as they had chance after chance.

Wighton was next to test the Stenny keeper with him pushing away a shot from 25 yards. Monti then should have put the game to bed when Wighton cut back to him and the keeper saved the low effort.

In the first period, it had looked like Dundee were going to be made to pay for missed chances but this time they found the net at just the right time with a lovely goal.

Nade dropped deep to win the ball and played it to Hughes. The Dundee midfielder who cruised through the 90 minutes played a beautiful ball into the path of Carberry and the youngster cooly lifted the ball over the keeper and put distance between the sides.

Wighton and Carberry both came close again before Dundee made a couple of changes. Alex and Liam Gibb, cousins who are both under 17s replaced Nade and Monti.

The final chance of the night came when Sivewright fired over.

Dundee saw the game out with ease after an excellent second half performance.