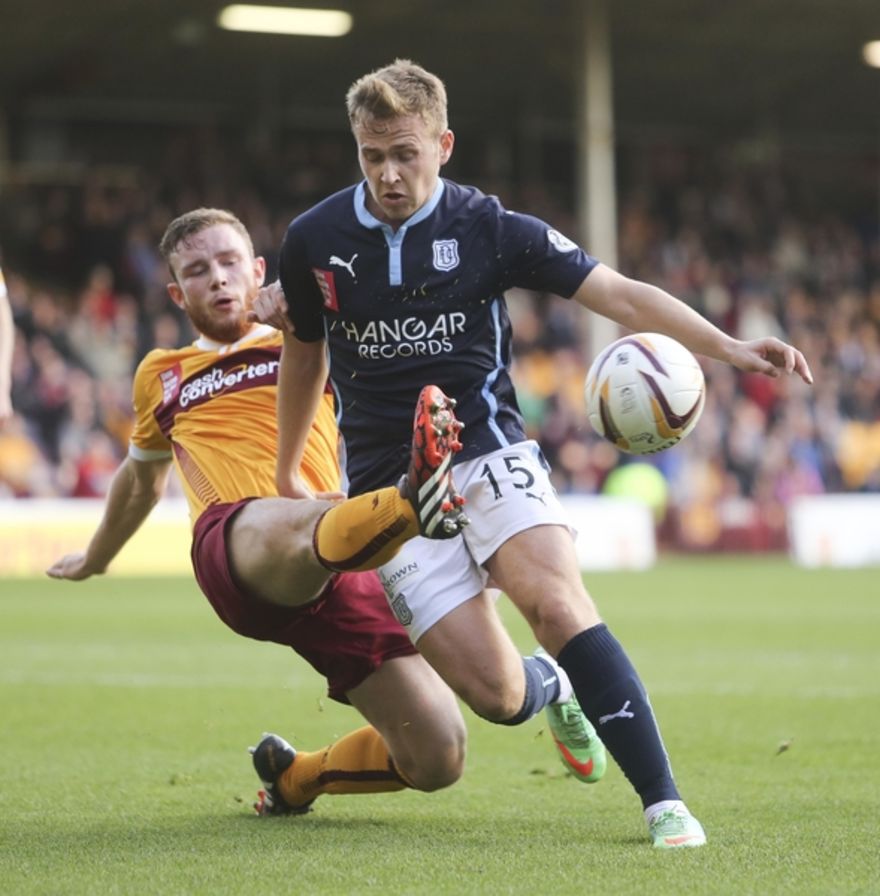 Dundee take on Motherwell this weekend at Fir Park as Paul Hartley’s side look to extend their unbeaten run and their good form over the Lanarkshire club.

The previous matches between the sides this season have brought two victories for Dundee. Back in October, Dundee travelled to Fir Park and ran out 3-1 winners with David Clarkson, Gary Harkins and Greg Stewart on target.

Last month the sides met again at Dens, Stewart hit the net again along with Alex Harris and Gary Irvine before an own goal compounded the Steelmen’s misery in a 4-1 defeat.

Injury worries over Gary Irvine, Kostadin Gadzhalov, Paul Heffernan and Luka Tankulic have been added to Simon Ferry and Iain Davidson who remain out.

The manager does welcome captain Kevin Thomson back to the squad and Greg Stewart, Paul said of the top scorer, “Greg’s back, he was suspended last week but probably wouldn’t have played anyway after taking the knock against Celtic. He’s a vital player for us, he’s been excellent in everything that he’s done.”

On his captain, the manager added, “I think with Kevin he’s been a bit bit unfortunate with some injuries, but when he’s on the park he’s different class. A good leader, good captain and I think overall a very good footballer.”

There’s been a run of bad luck over injuries in the squad, Paul addressed this saying, “It’s always been involved in the games, it’s been a tackle or an awkward challenge it’s nothing to do with muscle injuries, just a bit of bad luck, but we’ve just got to get on with it.”

There have been some additions to the Motherwell squad after a poor start to 2015. Five defeats and a draw in January saw them pick up only one point and they have added to the squad in a bid to put their form right.

Last week they faced relegation rivals Ross County and despite putting up a good fight in the highlands came away with nothing after a 3-2 defeat.

Dundee fans will be in the South Stand.

Coach Parking is directly behind the South Stand.

Prices are as follows – This match is pay at the gate

The stadium is No Smoking.

You can keep up to date with all the events from Fir Park through our live text update service available on all match days at www.dundeefc.co.uk.

After testing during the first fixture at Fir Park this season we are very confident we will be able to broadcast the match live on Dundee FC Live.

A short test will be run on arrvial at Fir Park this weekend and we will post on the official site, twitter and facebook to confirm if the service will be running. This will come at around 2pm.