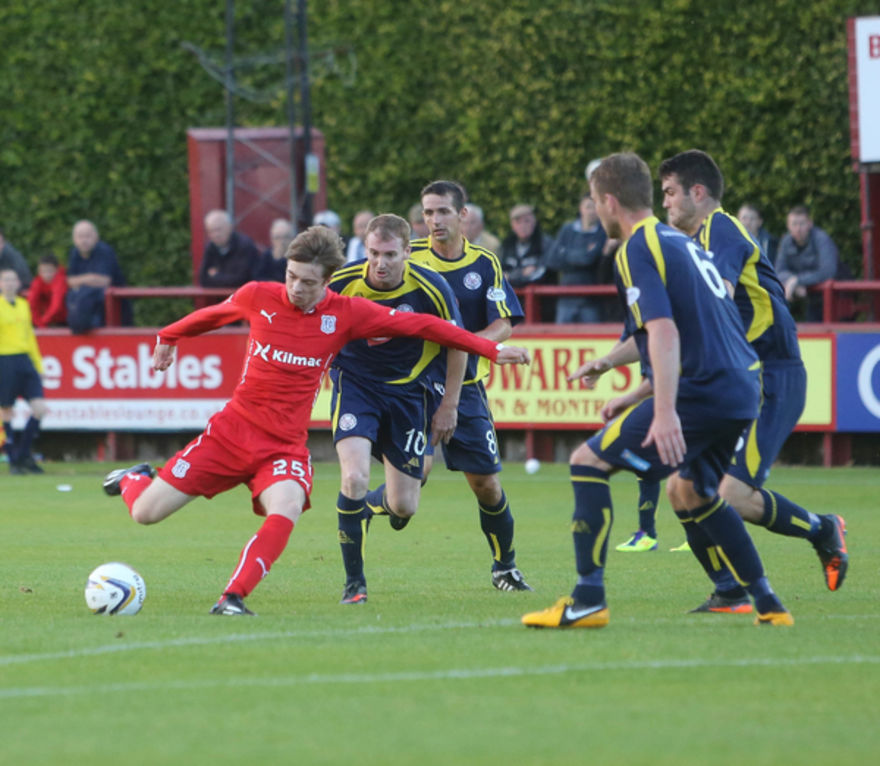 Dundee are in action down South this weekend as the pre-season campagin continues with a trip to face Morecambe.

The match on Saturday at the Globe Arena kicks off at 3pm.

Paul Hartley’s men followed up a win over English Champions Man City with a 0-0 draw at Brechin on Wednesday evening.

With only two weeks before the competitive action gets underway, the trip South to face a League Two side will be a great test for the players.

Both the Man City and Brechin games saw Paul use the majority of his squad and is set to do similar again this weekend.

Morecambe got their pre-season underway with a 5-0 win over AFC Liverpool during the week.

Morecambe are also delighted to announce that every Adult will be able to bring up to 3 x U14 absolutely FREE OF CHARGE when they buy a match ticket or 4 match bundle. Conditions of this offer apply as below:

Visiting Adults must purchase their own ticket and ask for up to 3 U14 tickets from the Globe Arena Club Shop only. If any of the accompanying children look over the age of 13 then they must have identification (passport) with them. There will be no free U14 tickets available on the turnstiles in Blocks A and B of the Peter McGuigan Stand and the Bay Radio Stand terrace.