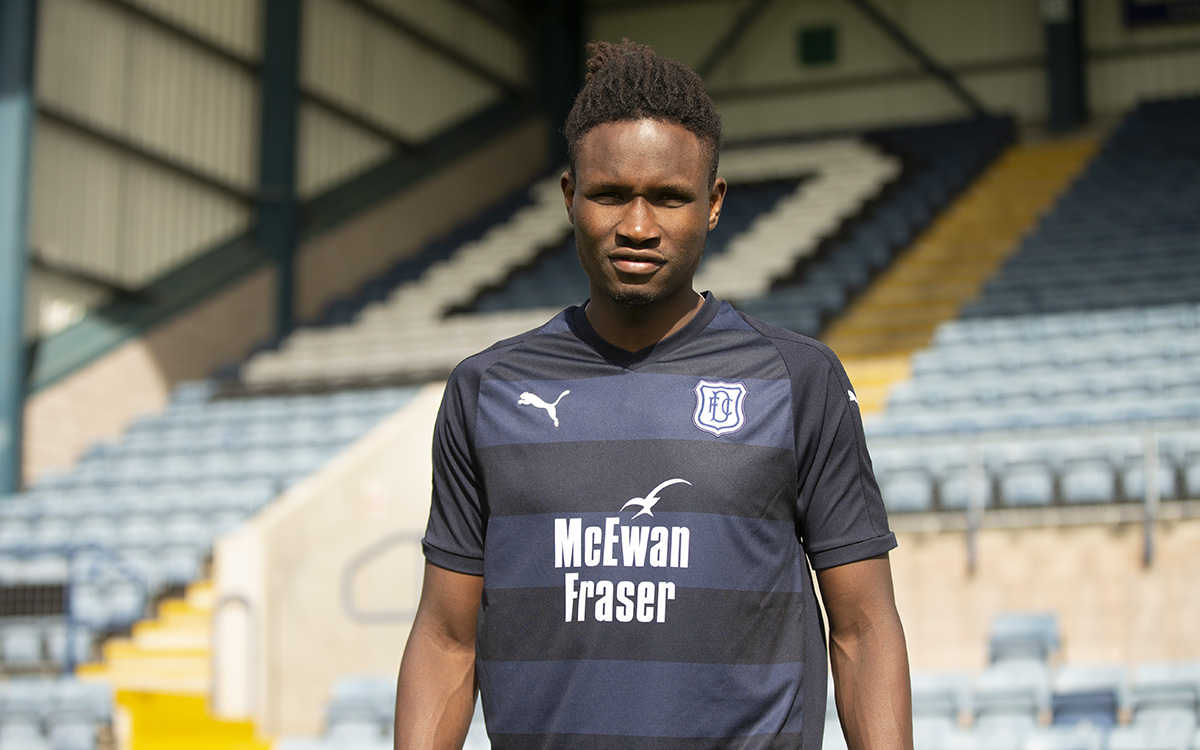 Dundee Football Club are delighted to announce that Jean Alassane Mendy has today signed for the club, subject to international clearance.

The 28 year old has played the majority of his career in Norway. A hugely impressive season in the  third tier with Elverum where he scored 27 goals in 25 games earned him a move to Kristiansund in 2013.

He continued his scoring form in the second tier as he finished top scorer for the club in the following two season, netting 31 times and securing a move to Eliteserien side Sanderfjord.

In the top division he found the net 7 times before returning to Kristiansund for further success.

In 2016, he scored 7 times and helped his side to promotion to the top flight. The following season he scored 11 times and earned a move to the Belgian top division in January of this year with Sporting Lokeren.

Jean joined his new team mates in this afternoon’s training session and will wear number 11 this season.