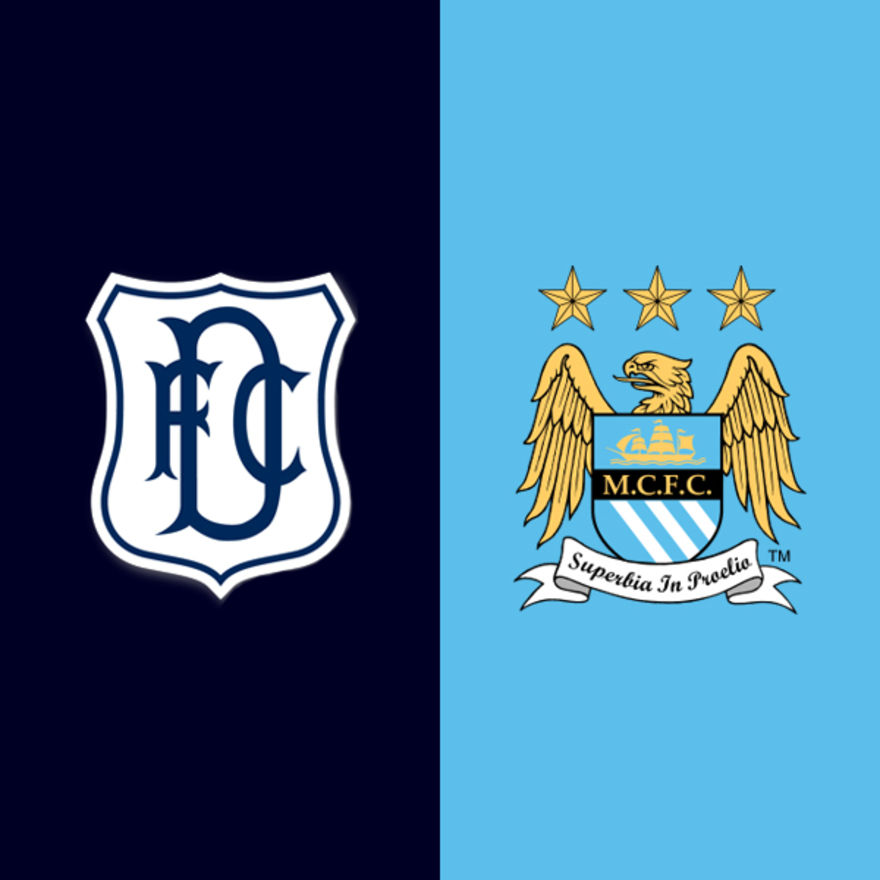 The Scottish side, recently crowned SPFL Championship champions will play the former Barclays Premiership Champions on Sunday 13th July, 2014 when they come North for their pre-season preparations.

The current League Cup holders will bring some of the Premier League’s best known names from a squad which contains stars such as Joe Hart, Vincent Kompany, David Silva and Sergio Aguero.

“We are thrilled to play against Manchester City in our opening game of next season and Manager Paul Hartley and his team will face a fantastic test of football. I’m particularly pleased for our fans and indeed football fans across Scotland who will have a rare chance to see Manuel Pelligrini’s side of superstars up close and personal at Dens Park.

“To have such a challenge match against a team of the calibre of Manchester City at the beginning of next season shows exactly how big our club have been thinking recently. I look forward to matching our squad of players against Manchester City.”

“Manchester City is deeply proud of its historic ties with Scotland, having had many greats such as Willie Donachie, Paul Dickov and Colin Hendry wear the Club crest.

“The manager and players alike are extremely excited about visiting Dundee, to not only see our loyal fans, but also prepare for the new season against strong opposition who richly deserve their title as SPFL Championship Champions.”

“Dundee is a club steeped in history, so it’s sure to be a great game of football with a fantastic atmosphere for both sets of fans in Dens Park.”

Information on how to buy match tickets will be made available in the coming week.

The sides have met three times previously in challenge matches. The first coming in 1965 when Dundee travelled South and goals from Carl Bertelsen and Andy Penman gave The Dark Blues victory.

It was a shorter wait for the next meeting when the two sides met again only a month later. During Dundee’s tour of USA and Canada, Bobby Connor got Dundee’s goal in a 1-1 draw before the Manchester side won on penalties.