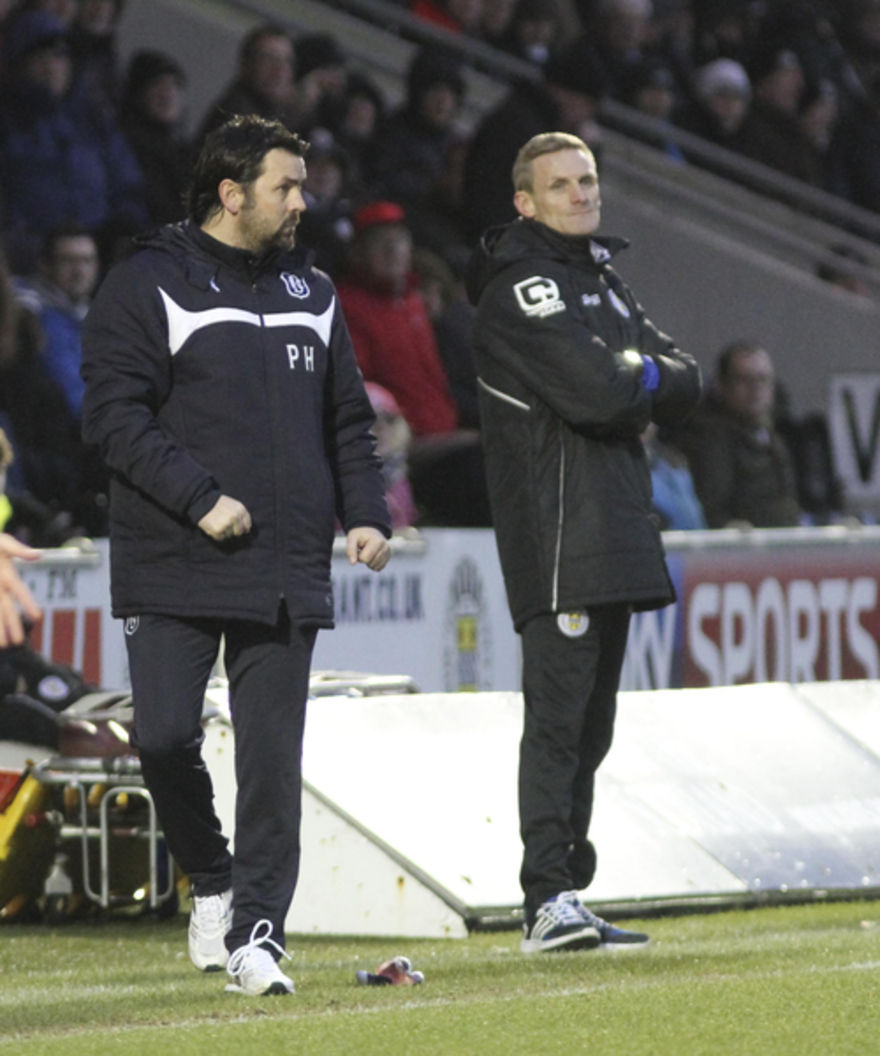 Manager Paul Hartley spoke after watching his side come away from St. Mirren Park with three points for the second time this season.

He said, “I’m pleased with the result and the three points. It wasn’t our best performance but sometimes that happens throughout the season, your not going to be at your best but it’s how you grind out the results.”

His side are now five unbeaten and came from behind to take all three points in the 2-1 victory, he said “It keeps the run going and we’ve always struggled when we’ve gone behind so I think today shows the determination of the players and the true grit of them. I was really pleased for them.”

Iain Davidson and Kostadin Gadzhalov both had the leave the pitch through injury, the boss said, “We’ve had a few injuries today, Davidson’s got a bad one he’ll need to go to the hospital straight away and Kosta has taken a knock, they’ve been through the wars but they’ve been through a tough period in the past few weeks so it’s all about the recovery, rest is just as important as anything.”

Next up is a meeting with Hamilton Accies at Dens, Paul looked ahead, “It’s one we can get closer to Hamilton, we are trying to push for top six and it’s game on.”