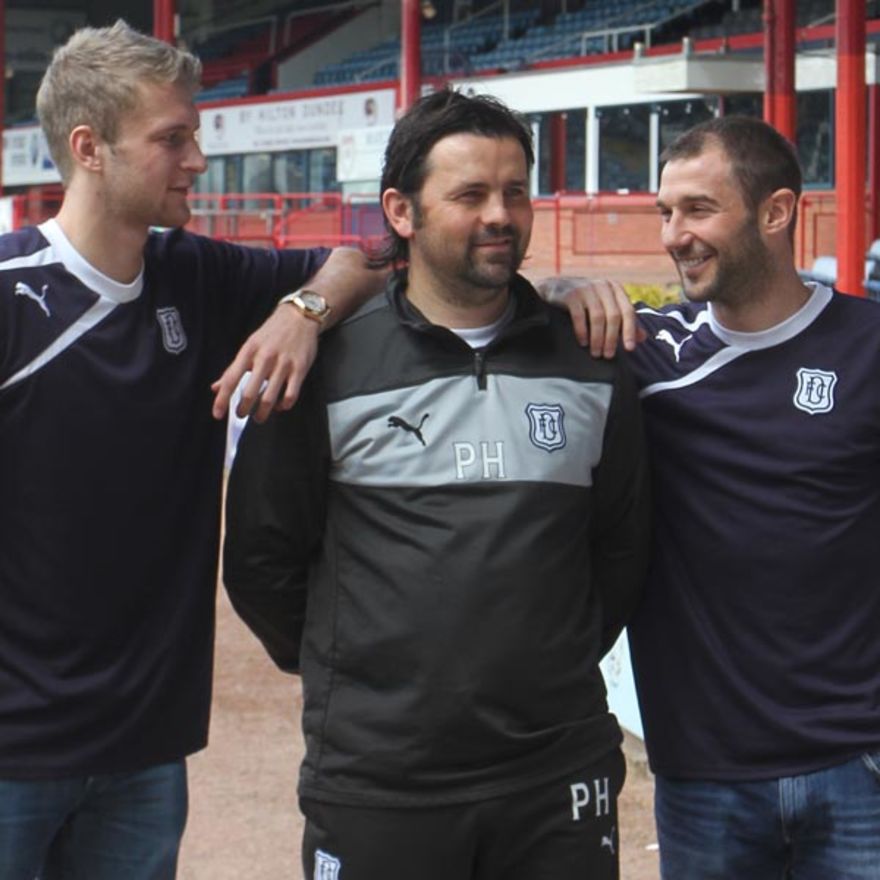 We spoke to manager Paul Hartley after his triple swoop this morning saw new signings added to his squad in preparation of the SPFL Premiership season.

The manager was delighted with his business, telling us, “Great captures, two very good experienced players, played at the highest level and a top young goalkeeper with great potential. Delighted, great day for the football club, pleased we’ve brought three quality players in and we’re just sort of building the squad now.”

Goalkeeper Scott Bain is someone that Paul knows very well, the 22 year old makes a return to full time football signing on for 3 years at Dens, Paul told us, “I knew him as a young player at Aberdeen and he got released. What he has had to do then is go and gain experience and he’s done that. He’s had a terrific three seasons, he’s played over a 100 games, great experience for him. The next step is to make the full time step up again, he’s got the potential to be a very good goalkeeper, we want to see him push Kyle all the way, we want to have strong competition all over the park and that’s what he’ll bring.”

Experienced players James McPake and Kevin Thomson both joined on 2 year deals having left Hibernian earlier this week, Paul told us, “They’ve got great experiencing, good quality about them. James McPake is a very very good centre half, goes and competes, has been the captain as Coventry and Hibs so I know what i’m getting there.”

“Kevin Thomson, played at the highest level, played in a UEFA Cup final, great quality, great leadership. So I’m very very pleased with the two experienced players that I’ve got.”

The three signing take Paul’s number of recruits up to five for the summer and asked if there is more to follow, the manager said, “Yeah we’re hoping. We’re working behind the scenes, we’ve got another 3 or 4 players in mind that we’d like to bring to the club. We’re working hard and we’ll try our best to bring more quality to the club.”