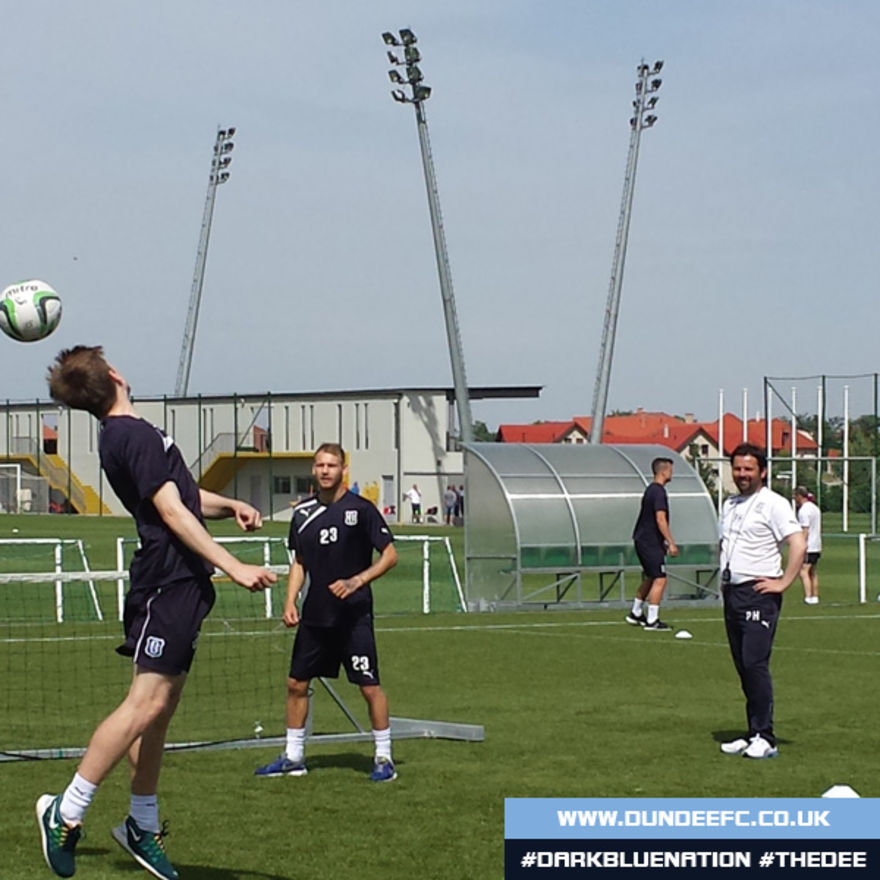 We spoke to boss Paul Hartley this evening after day three of a week long training camp in Hungary.

When asked how the training camp has gone so far, the manager told us, “It’s been good, everything is perfect. Great facility, the players have trained really hard and are looking in great condition.”

“Everything is spot on, pitches, couldn’t have asked for anything more.”

The players flew out early on Thursday morning and have continued the triple sessions which took place in Scotland last week in the sunshine of Budapest, Paul told us, “They’ve trained well. Morning sessions, gym and then evening sessions so they have worked really hard.”

One of the things Paul hoped to achieve from taking the players away was to get the nine new summer signings to integrate straight away with the players at the club, he explained that is going well, “The sprit in the camp is fantastic. They’ve all gelled well, they’re right together. They are all watching the (World Cup) games together. The squad is healthy and they are mixing really well just now which is important.”

Two trialists from Germany joined the squad at the training came and have impressed, the manager said, “The two guys have done well, they’ve fitted in pretty well. We’ll have a proper look at them in the next few days. I’m pleased with them, they have looked the part.”

Asked if the trialists are likely the feature when the pre-season friendlies kick off in Scotland next Sunday with the visit of Manchester City to Dens, Paul said, “That’s a possibility, that’s something that we’ll look at, we’ll speak to them. We’ll monitor them over the next two or three days.”

One piece of news announced when the players have been away was that Kevin McBride has signed a new contract with the club, the manager said of the deal “Happy with that, another strong midfielder. He did well last season so I’m looking forward to working with him again.”