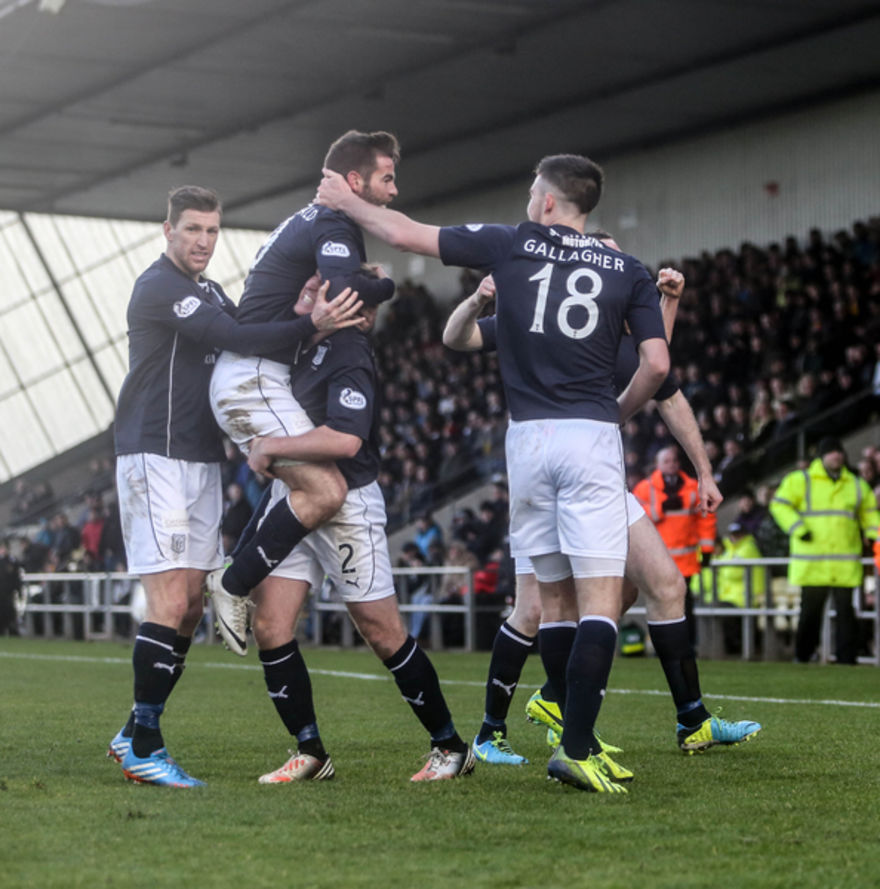 “That was a tough game” said manager Paul Hartley after Dundee mixed some luck, goal scoring and a penalty stop to take three points away from Dumbarton. Paul told the press, “It was emotional and a difficult game for us but we are just delighted with the three points today. We rode our luck at times especially in the first half, the second half a little bit better and we got a goal.”

Asked what was emotional about the game he said, “I just think it’s the game that had everything. The goalkeeper lets one through, the foul, they miss a penalty, we score a goal and we struggled for chances all afternoon. In terms of that we could play a lot better, but sometimes at this stage of the season it’s about getting three points and finding a way how to do it.

“At this stage of the season it’s about winning games and sometimes you need that little bit of luck. If you’re going for championships you need to try to win a game and find a way how to win it and we managed to do that today.” Paul refused to be drawn into debate over Dumbarton’s chalked off goal saying, “It was a foul, simple, a push so that clears that up.”

Paul had praise for Dumbarton after they showed a dominant first half while his side were lucky. “The first half we didn’t play well but credit to Dumbarton, I thought they were excellent and they worked our goalkeeper. As I said we had a little bit of luck at times but you have to ride your luck throughout the season and we did that today.”

Asked what was said during his half time team talk, Paul told us, “I just told them they had to be better and it wasn’t acceptable. You’re at the top of the league and you should enjoy it. You’re trying to win a title so you’ve got to be better than that. Every game’s going to be tough from now until the end of the season and we’ve got another tough game on Tuesday night so we have to play better, that’s for sure. In terms of the first 45 it was not acceptable.”