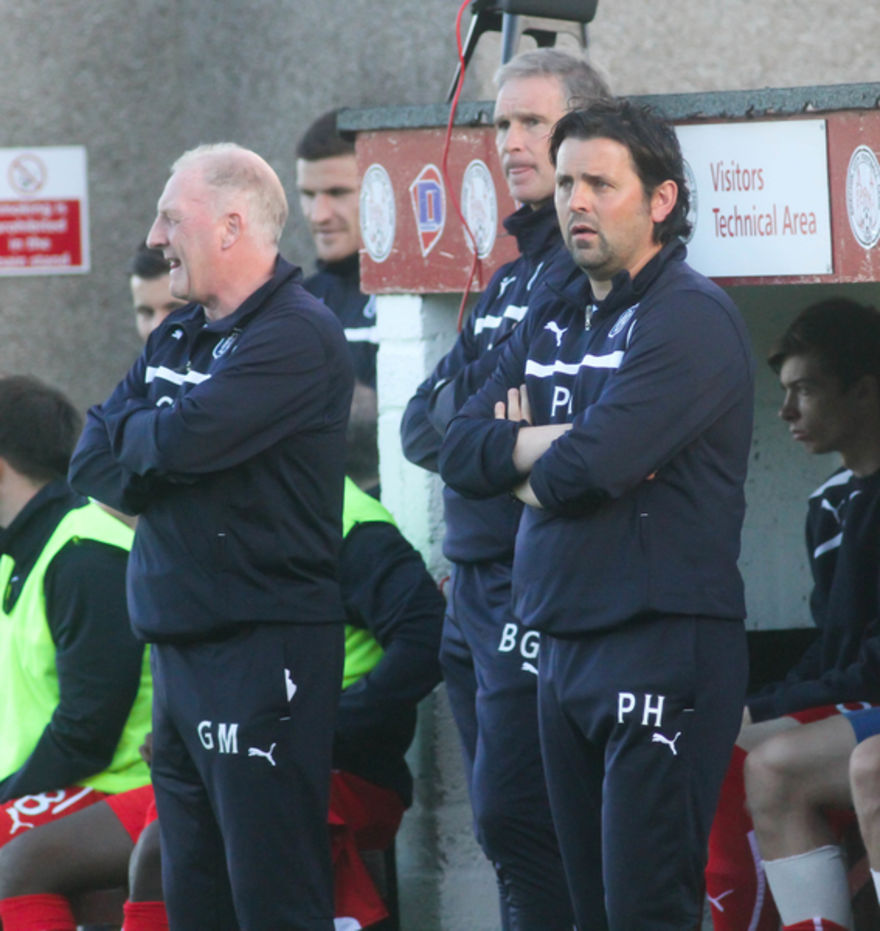 After a 0-0 draw with hosts Brechin City, Paul Hartley spoke to the press about their second pre-season game. “It’s good to get another game under our belt. Most of the players have had ninety minutes in the two games so that’s the pleasing thing for me.”

Despite the lack of goals the manager did see positives in the creativity. “We didn’t work the goalkeeper enough but in terms of our movement it was good. We had some good interplay and some good combinations. We’re still a couple of weeks away but I’m pleased with how we kept the ball at times and moved it. McGowan got forty five tonight so that was a pleasing thing for me.”

Pleased with McGowan’s performance and lack of injuries he said, “Some of his touches were fantastic along with Harkins, the combination was good. I was pleased that they came through the game unscathed. That was an important thing for me that there was no injuries.”

Agreeing that his team are looking stronger now than last season Paul said, “We’ve got good options now, the squad’s getting stronger and hopefully it will get stronger again. Overall I was pleased that they kept a clean sheet which was important, the back four, I thought Benedictus had a really good game and Davidson and when Jazza came on also. The three centre backs did really well.”

Also praising goalkeeper Grant Adam, Paul told us, “Two games, two clean sheets so that was pleasing for him. He’s here to the end of August so we’ll see what happens after that. Who knows what can happen if he does well. We’ll see where it takes us.”