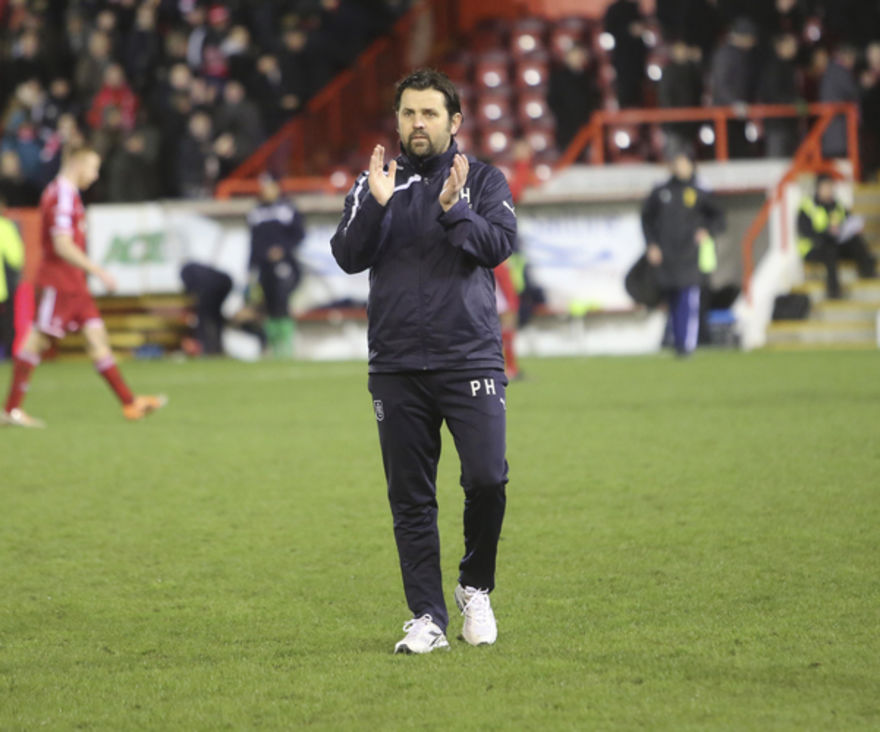 Manager Paul Hartley gave his thoughts after seeing his side come away from league leaders Aberdeen with a point on Saturday, he said, “I’m pleased with the players, proud of their performances. Disappointed in the result in the end after looking like we were going to take the points at Pittodrie but a real team performance, I thought we were terrific at times.”

“At 3-1 up, I think we gave Aberdeen a bit of a lift with the penalty, then they are piling pressure onto us and we just couldn’t hold out.”

Dundee ended Aberdeen’s run of clean sheets and came so close to ending their unbeaten run, the manager went on to say, “Overall coming here, Aberdeen are eight unbeaten without conceding any goals in that period of time. We came here and we showed that we are a right good team.”

He watched as his side scored three fine goals in an entertaining contest, Paul said, “Some good finishes today, I thought that the three goals we scored were excellent.”

“Not as entertaining for the managers, we want to try win these games but I think if you said before the game would we have taken a point, we probably would have.”

His players gave their all through the 90 minutes and the boss has no complaints on that front, “The effort was fantastic, I was really pleased with that.”

The games come thick and fast now with Kilmarnock next up on Wednesday night at Dens, “Tough game, we’ve got to rest and recover and go over the squad that we’ve got.”