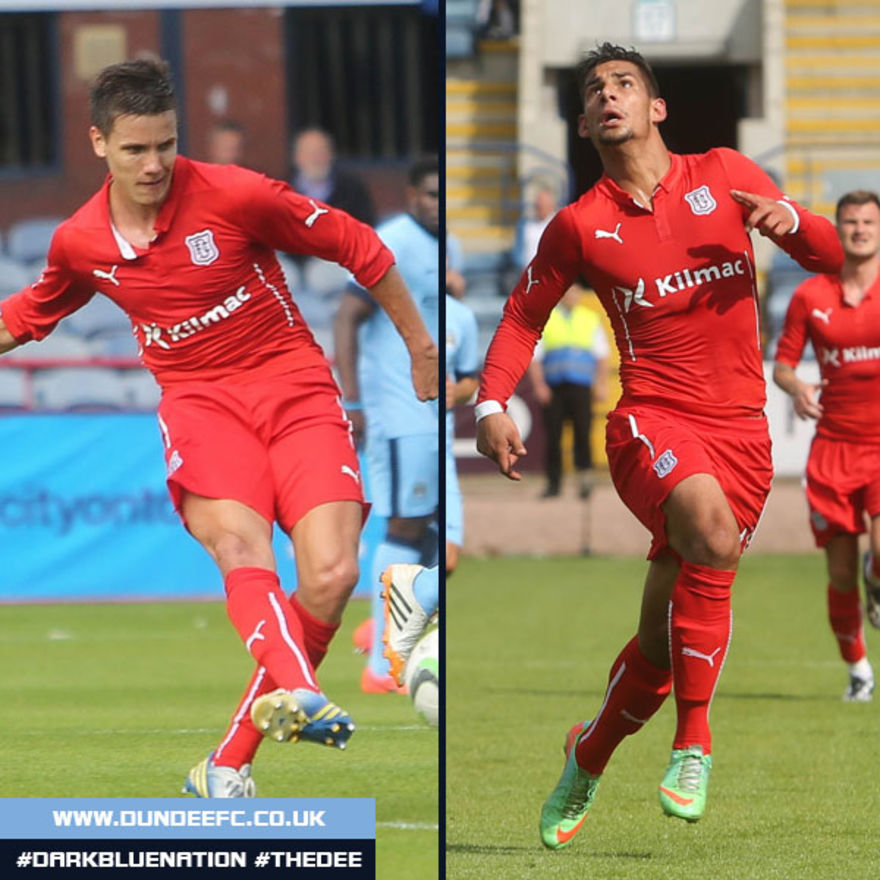 Dundee Football Club are delighted to announce Thomas Konrad and Luka Tankulic have agreed 2 year deals with the club.

Both players, born in Germany, had a successful period on trial with the club and join Paul Hartley’s squad ahead of the 2014/15 Premiership season.

Thomas and Luka joined Dundee for the pre-season training camp in Hungary at the beginning of July, and returned to Scotland with the squad to play in the first pre-season friendly against Manchester City.

As trialists, both players impressed against the English Champions as Dundee ran out 2-0 winners, Luka scoring and picking up the sponsors Man of the Match award while Thomas played a big role in Dundee’s clean sheet.

24 year old Thomas, a central defender has played the majority of his career with Karlsruher in his home country. Progressing from the 2nd team up to the top team where he featured in 2. Bundesliga. He moved in 2012 to join SV Eintracht Trier 05 where he has played for the last two seasons.

Luka, started his professional career with hometown team Rot Weiss Ahlen. He had spells with both Fortuna Düsseldorf II and 1. FSV Mainz 05 II before joining VfL Wolfsburg II in 2012.

Manager Paul Hartley was delighted both had agreed to join the club. He told us, “They impressed when we were away in Hungary and in the Manchester City game showed what they can do.”

“They are both at a good age and fit into squad we are building. Another two good additions.”