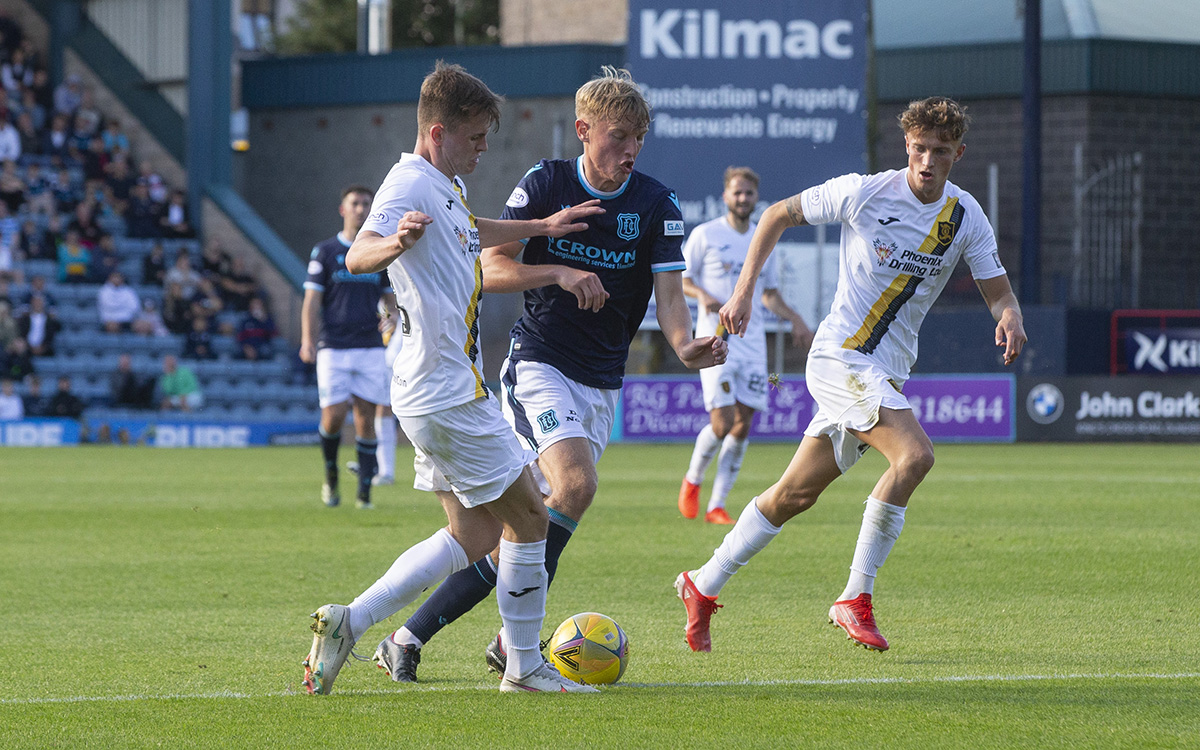 Dundee take on Livingston on Sunday in the final match of the cinch Premiership season, kick-off 12 noon.

The match at the Tony Macaroni Arena is the first time the team have played since relegation was confirmed on Wednesday night due to St. Johnstone’s result with Aberdeen.

The teams have met three times already this season with Livi coming out on top twice and a 0-0 draw at Dens.

The manager confirmed to the press that there are no fresh injuries concerns.

The full match replay, highlights and post match interviews will be made available on DeeTV on Sunday evening.

Overseas subscribers will be able to watch the match live on DeeTV.

U16-Free of Charge- this can only be bought in shop, ID must be provided when attending the match as checks will be done

Disabled/Wheelchair and Carer must also only be bought in shop.

Tickets can also be bought online from Livingston – click here

Dundee visit Livingston for the final game of our 2020-21 Premiership campaign at the. Tony Macaroni Stadium.

Both teams have clashed 46th times since Livi were formed, 22 of these taking place at their home ground. The Dees have been winners on 11 occasions, suffering defeat 9 times.

We have played them twice on the last game of the season already. We won’t speak about the first time it happened but the second, a young Jamie netted the winner as Dundee won 1-0 at Dens Park.

Since the inception of the SPL back in 1998, Dundee have played in the top flight on 14 occasions but we have only managed to be victorious on the last day of the season just once in 2004-05 with a win over Aberdeen.

Much like the scenario surrounding this match, we traveled to take on Livi on the second last day of the season after suffering relegation the week prior after a 1-0 defeat at the hands of Hamilton at Dens Park.

Kenny Miller’s 8th and final goal of his Dundee career gave us a 1-0 victory, which would also be Jim McIntyre’s last match as manager